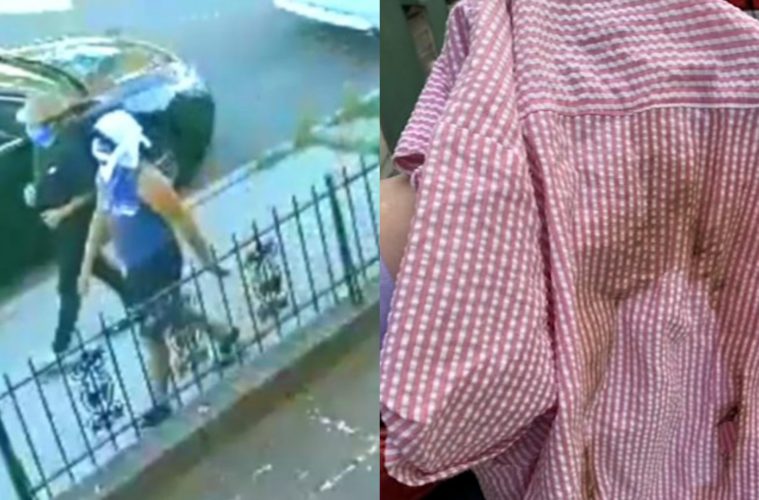 "There's no other reason other than it's a hate crime"

An 89-year-old Chinese American woman was slapped in the face and set on fire in Brooklyn.

The victim had left her home in Bensonhurst on 14 July when she was approached by two men near 16th Ave. and 77th St.

Neither attacker said anything to the woman before one slapped her in the face and the other lit her clothes on fire with a match or lighter.

When the woman realised what happened, she pulled up her hair and rubbed her back against the wall.

After returning home, she did not tell her family and children to prevent them from worrying until the following day.

CCTV footage shows the woman leaving her home and then returning with burn marks on her back. A scorch on the back of her shirt was left due to the fire.

The woman did not recognise the men before and the suspects did not attempt to rob her.

Although the police are claiming there is no evidence that the attack was a hate crime as no racial terms were used, the community believe otherwise.

“There are a lot of other people who live in this neighborhood but they purposely picked — two individuals purposely picked on an Asian woman, Asian senior to commit this heinous crime. There’s no other reason other than it’s a hate crime,” community leader Don Lee said.

Police are currently searching for the suspects who were last seen fleeing southbound on 16th avenue.

The woman’s local community centre is offering a $10,000 reward for any information that might lead to an arrest.

“We want to make sure that we do everything that we can so that these crimes never happen again,” Lee said.

In April, a man was caught on CCTV pouring acid on a woman’s head in Brooklyn.

Elsewhere, a group of teenage passengers recently verbally assaulted an Asian SF Muni bus driver with racist slurs whilst attacking and spitting at him.