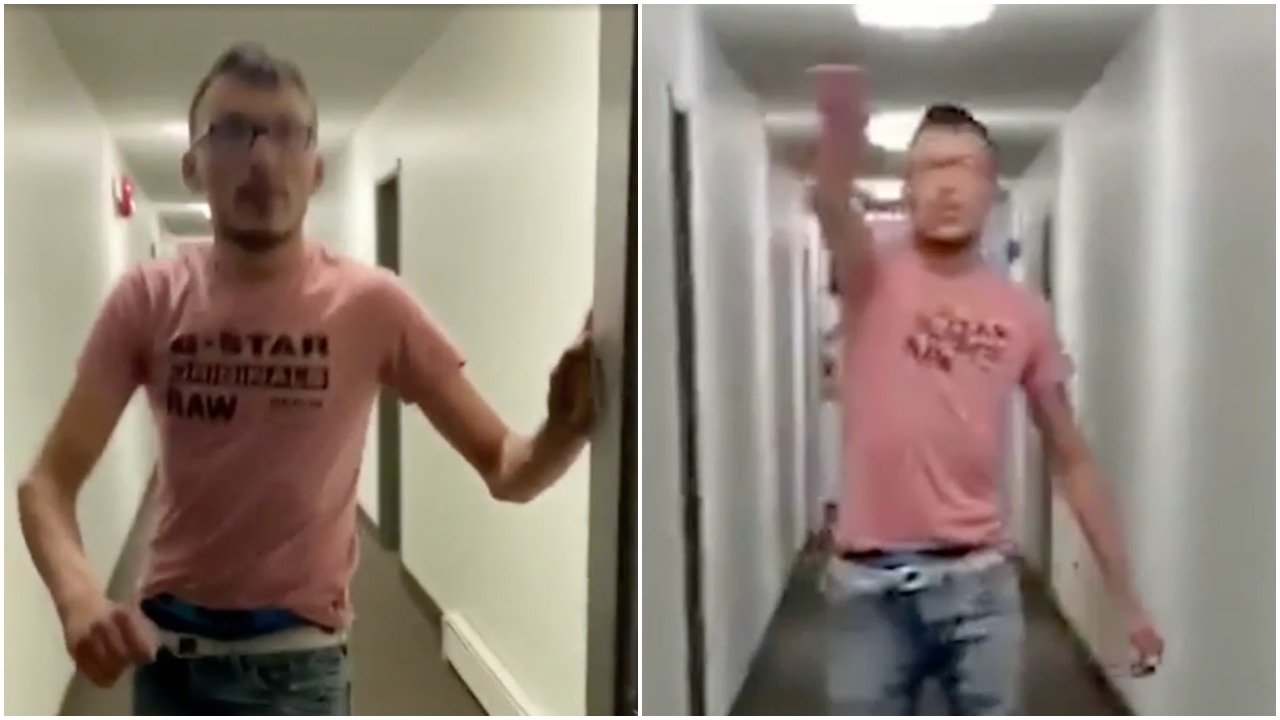 A racist Nazi-saluting man threatened to behead a Filipino woman who turned him down.

28-year-old Riley Dodd had made a pass at Medrano and became belligerent when she turned him down.

In a clip captured by Medrano, the man is heard saying “I’ll kill you, I’ll decapitate you, Filipino little bitch.”

Medrano, who was with her two brothers at the time, then calls Dodd out for being racist. Dodd then pulls a Nazi salute at her.

“At that moment I was scared for my safety,” Medrano said of the incident. “I don’t want it to happen to any one. No one deserves it, it’s really traumatising.”

Medrano’s brothers called the police and waited for them in the parking lot. Dodd continued his abuse by shouting out of a window “you’re bringing Corona[virus] into Canada!”

A neighbour from another building defended the family. Medrano expressed her gratitude for the stranger. “He stood up for us, I am extremely grateful for him,” she said.

EPS failed to turn up until the following morning. Dodd was arrested on Tuesday for uttering threats. A hate crime unit is investigating.

It was recently revealed that 43% of Chinese Canadians have faced racist Coronavirus threats.

In related news, an elderly Asian employee in Canada bravely stood his ground against a racist customer who refused to wear a Coronavirus mask.