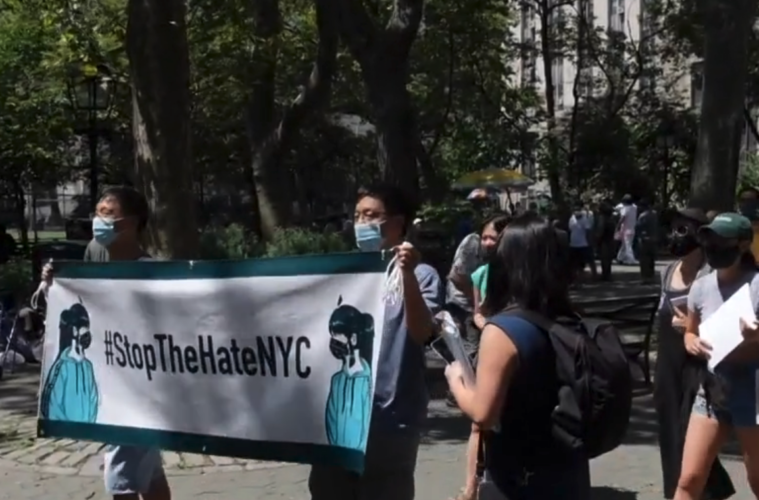 "They think we’re the virus or we brought it here, but we have nothing to do with it"

An anti-hate crime march was held by Asian Americans in Manhattan on Saturday.

The inspiration for the march stems from racism towards Asian Americans during the Coronavirus pandemic.

Marching from Columbus Park in Chinatown to Washington Square Park, participants were heard chanting “stop the violence, stop the hate.”

Over 800 hate incidents were reported by Asian Americans in California during the pandemic.

Nationwide there were over 2000 reported hate crimes against the demographic amid the pandemic.

“People are judging us by our skin. They think we’re the virus or we brought it here, but we have nothing to do with it.”

Posters and flyers supported by the ‘Stop The Hate’ campaign provided information in several languages regarding how to report an attack.

Earlier this month, a racist woman who harassed Asians in Torrance was arrested but was subsequently released on a $1 bail.

Last week, a racist BurgerIM customer was caught on CCTV throwing his drink at a Vietnamese staff member and consequently getting punched.