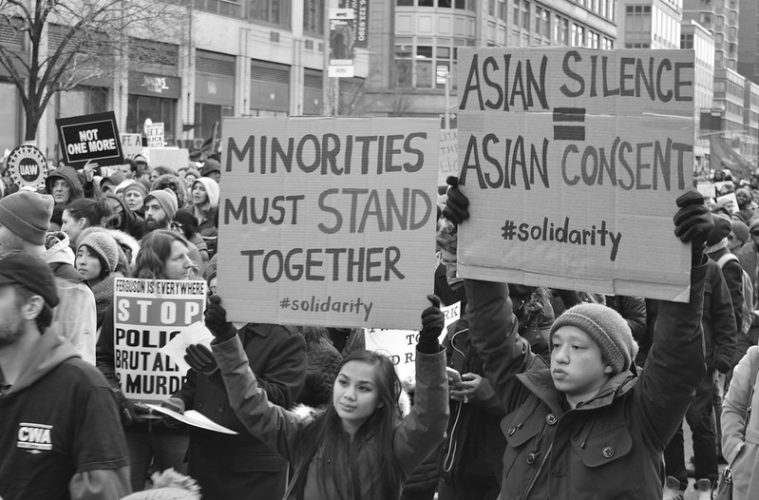 Over 30 Asian American leaders have participated in a video showing their support for Black Lives Matter.

Posted by the office of Boston City Councilor Michelle Wu, the 6-minute video encourages Asian Americans to fight racism alongside the black community.

“We all came together and felt it was important to make a very strong statement of solidarity and support of the Black community, of our sisters and brothers who are fighting racism, and to stand as partners in that fight,” said Wu.

“This is a statement from the heart to our community and a call for action for our community to speak up, to stand in solidarity, and to take action to fight racism.”

In the clip, participants are seen explaining why the Asian American community must support Black Lives Matter.

“The anti-Asian racism our community has experienced during this pandemic has the same roots as the racism that the black community has always faced since the founding of this country,” Asian Community Development Corporation Executive Director Angie Lou said.

“We must continue to speak out against racism, but we can’t fight against racism directed towards our community while standing complicity in a system that disproportionately discriminates, devalues, criminalizes and brutalizes our black friends and neighbours,” State Representative Tram Nguyen sys.

However, the Asian American Commission of Massachusetts was criticised for a statement supporting the movement due to a line emphasising the model minority myth.

Nonetheless, even critics of the statement have shown their support for the commission’s new campaign.

Ye Zhang Pogue, secretary of the Chinese Americans of Massachusetts, only took issue with those speaking in the video.

Pogue claims that the Asian American commission have ignored racism within their own community, as well as neglecting immigrants.

“It’s not the message, it’s about the people who delivered the message,” said Pogue. “They are the people in power. We feel we are marginalized; we are invisible.”

“They don’t know our pain. They never answer to us,” she said. “They just say whatever they feel adequate and right, without discussion with us.”

In other news, a New Jersey police chief has stepped down after making racist and sexist comments towards an Asian American prosecutor.