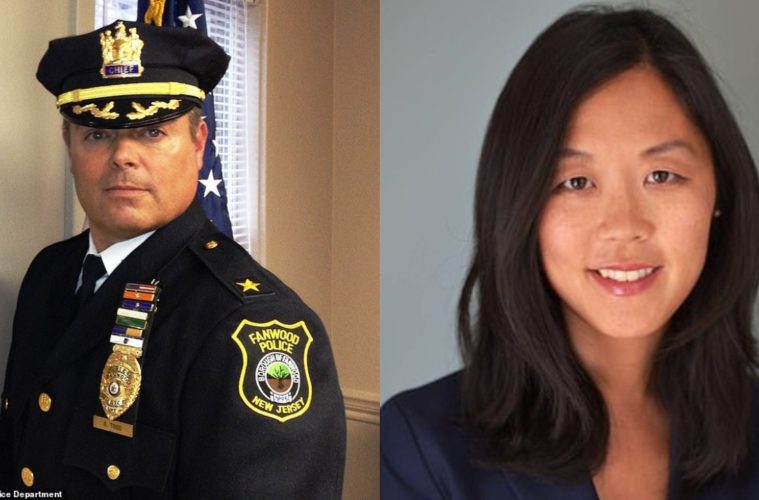 "She's Chinese. She's pretty hot, she got wide ones"

A New Jersey police chief has stepped down after making racist and sexist comments towards an Asian American prosecutor.

“She’s Chinese,” he said of the Council of Korean Americans member. “She’s pretty hot. She’s got wide ones.”

Trigo was also caught describing Attorney General Gurbir Grewal as “that fucking guy with the turban, I want to pull him like a top.”

The Union County prosecutor’s office announced that Chief Trigo had stepped down effective of Monday.

Ruotolo said that an investigation into the recording resulted in Trigo needing to “immediately step down” to prevent facing disciplinary action to remove him from office.

However, Trigo’s attorney Joshua McMahon said the Chief was retiring and did not resign.

“Chief Trigo did not resign or quit,” Joshua McMahon said. “Any assertion to the contrary is categorically and demonstrably false.”

“Chief Trigo had previously begun the process to retire on September 1, 2020 and, until that time, elected to take leave to handle a family-related health issue.”

McMahon claimed that the recordings had been “manipulated and spliced.”

“Chief Trigo, the first Spanish police Chief in Fanwood’s history, denies making any inappropriate comments. These altered recordings have unquestionably been manipulated and spliced together by persons upset with the reform and progress the Fanwood Police Department has made under Chief Trigo’s leadership, including the Chief personally hiring and promoting more minorities than any Chief in Fanwood’s history,” McMahon said in a statement.

McMahon added Trigo “remains committed to the community and bringing people together, as he has done for nearly three decades.”

“Because when an officer behaves in this manner, it tarnishes the reputation and good work of the vast majority of officers who know that this conduct has no place in law enforcement or in our society,” Grewal said.

“If the comments in the recording were, in fact, made by Chief Trigo, this is yet one more reason why we need to continue building a culture of accountability in policing in New Jersey,” he said.

“Clearly, others were in the room when these comments were purportedly made by a law enforcement executive, and they did nothing.”

In related news Solid8 tech CEO Michael Lofthouse has resigned for his involvement in a racist incident towards an Asian family.