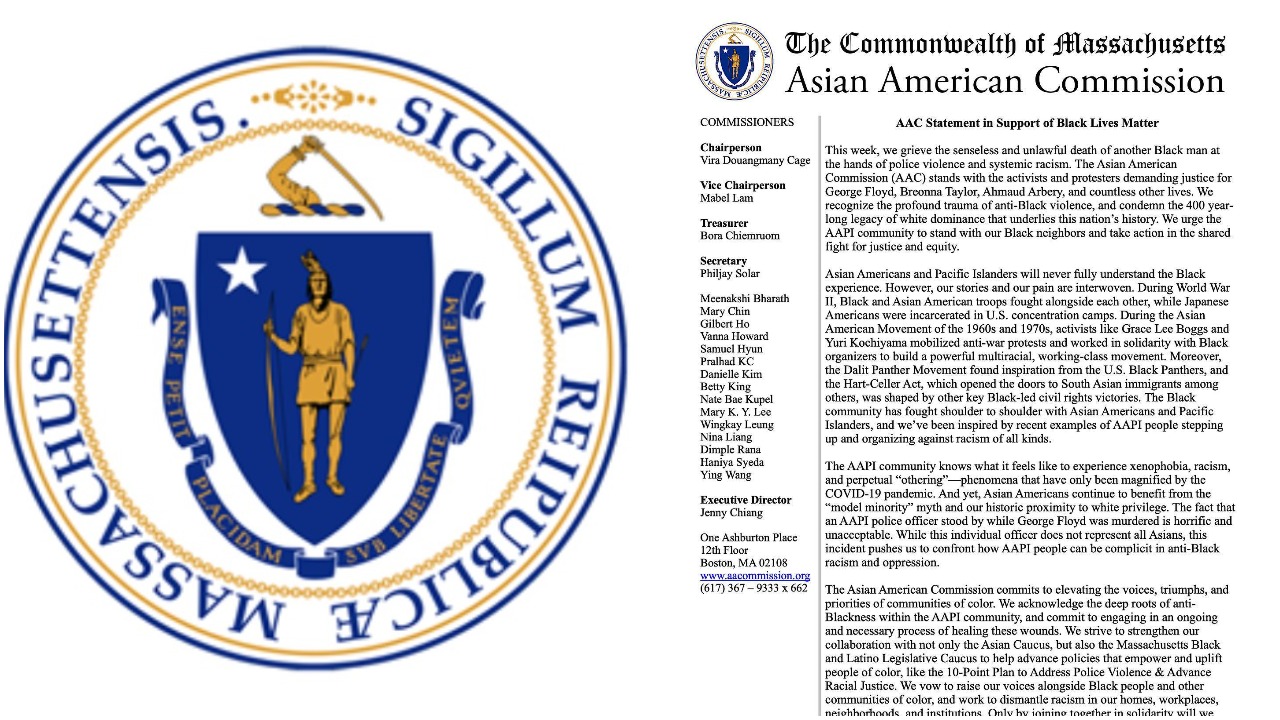 WBZ Radio reports that the tax-payer funded Asian American Commission of Massachusetts has been criticised for its statement in support of Black Lives Matter,

Protesters around the world are rallying in support of Black Lives Matters following the murder of George Floyd.

Many have expressed their support of BLM, including Kpop fans who matched  BTS’s $1M donation to the organisation.

In a statement, the Asian-American Commission of Massachusetts stated that “Asian Americans and Pacific Islanders will never fully understand the Black experience. However, our stories and our pain are interwoven.”

The letter went on to state that Asian Americans benefit from the model minority myth and white privilege.

Defined by Teaching Tolerance, the model minority myth “perpetuates a narrative in which Asian American children are whiz kids or musical geniuses.

“Within the myth of the model minority, Tiger Moms force children to work harder and be better than everyone else, while nerdy, effeminate dads hold prestigious—but not leadership—positions in STEM industries like medicine and accounting.”

In the Asian-American Commission of Massachusetts stated that Asians continue to benefit from the myth.

“The AAPI community knows what it feels like to experience xenophobia, racism, and perpetual ‘othering’…and yet, Asian Americans continue to benefit from the ‘model minority’ myth and our historic proximity to white privilege,” the letter stated.

The statement was condemned by Asian Americans including State Senator Dean Tran who said “this so-called ‘white privilege’ never played a role in my accomplishments, and that is an insult.”

Tran added that the organisation is misrepresenting Asian Americans by saying they are anti-Black.

In related news, Japanese tennis star Naomi Osaka has come under fire for speaking out about BLM.

The Asian American Commission commits to elevating the voices, triumphs, and priorities of communities of color. We…