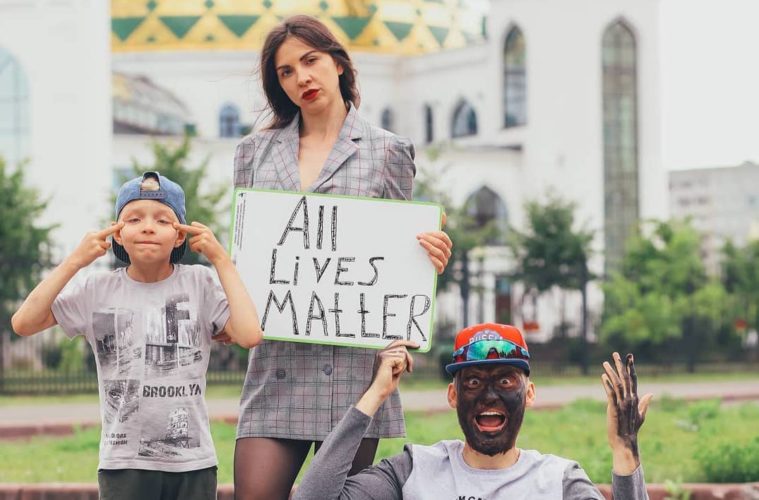 A Russian Instagram has come under fire for uploading a racist “All Lives Matter” targeting black and Asian people.

Protesters around the world are rallying in support of Black Lives Matter following the murder of George Floyd by a police officer.

Instead of supporting BLM, Ekaterina Pecherskaya uploaded an image of herself holding a sign that reads “All Lives Matter.”

Next to her is a child pulling his eyes back – often a gesture used to mock Asian people. On her other side is a caucasian man with his face painted black.

“Why the hell would you guys do that,” questioned one Instagram user.

“I am sad for this little boy who IS gonna be raised to be a hater,” wrote another.