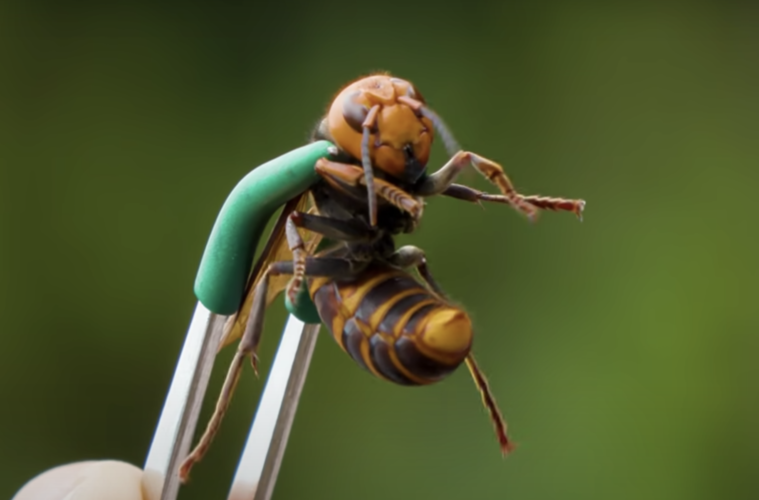 The giant hornets are the size of a matchbox

Independent reports that Japanese “murder hornets” have come to the United States.

The giant Asian hornets are the size of matchboxes and are notorious for invading honeybee hives by decapitating the bees.

Also known as “yak-killer hornets” or “giant sparrow bees”, the hornets are believed to be in Washington and are being tracked by Washington State Department of Agriculture.

Four reports in December were filed after they were spotted in the state. he Canadian province of British Columbia also reported two sitings.

The term #murderhornets is trending on Twitter since news of them coming to the US was revealed.

In Japan, the hornets kill 30 to 40 people each year. Their quarter-inch stingers can penetrate beekeeping suits. Venom injected from their stings is “potent enough to dissolve human flesh”.

The human nervous system can shut down and allergic reactions can trigger anaphylactic shocks.

“This is our window to keep it from establishing,” Chris Looney, an entomologist at the Washington State Department of Agriculture, told the Times. “If we can’t do it in the next couple of years, it probably can’t be done.”

Looney believes that the hornets may have been hibernating in a ship’s ballast or product that came from Asia to America.

The Washington State Department of Agriculture aims to trap the hornets and destroy their nests to prevent an outbreak.