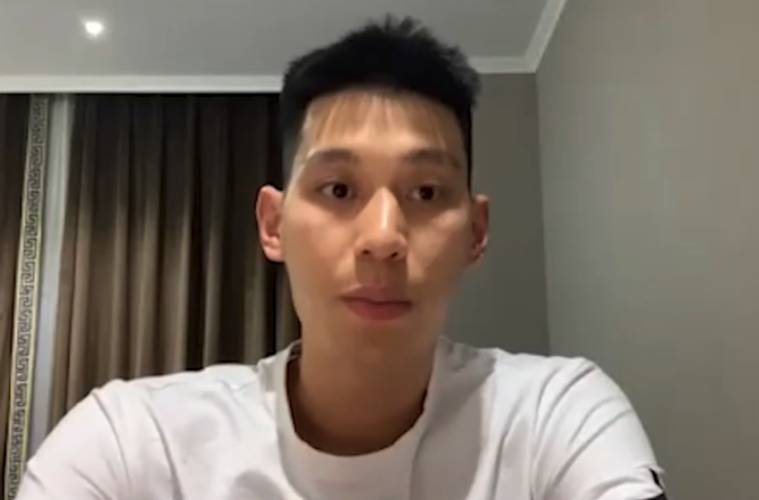 NBA Champion Jeremy Lin has spoken up about how Asian Americans are feeling unsafe due to Coronavirus racism.

Speaking in a virtual roundtable with Caron Butler, Vanita Gupta and Andrew Yang, Lin explained how Asian Americans are feeling during this period.

“It hits home seeing just how many Asian Americans are affected by it,” Lin continued. “For me, I felt like I had to come out and say something. To not feel welcome, or feel safe physically, is just a different level. That’s something that I really want to make sure I took a stance on.”

Since the outbreak of Covid-19, Lin has called for more compassion towards Asian Americans during the Coronavirus pandemic.

“Everything kind of comes down to taking a little time to put yourself in someone else’s shoes,” said the 31-year-old. “I think something that is really important is reading firsthand accounts of some of the frontline workers because it’s easy to disassociate yourself when you’re reading it through your screen or to gloss over it when it’s constantly popping up as a headline.”

In the roundtable, Lin encouraged people to not spew hate. In March, Lin criticised President Trump for “empowering racism” by continuing to call the Coronavirus “The Chinese Virus”.

“Sometimes the best thing you can do is to not post the hateful comment, or don’t be a troll, or take a second to think about what you’re saying or doing or if you know someone acting ignorant call them out,” Lin said. “All these things are small steps in the right direction.

“We’re not asking everyone to do something amazing, start a campaign or donate a million dollars,” he noted. “You could just start with something small like reading an article and becoming a little bit more educated.”

“All it would take is 10 seconds to put yourself in the position of someone who is dealing with racism or somebody who is legitimately contemplating whether to go to the grocery store to get food for themselves or to not because they’re afraid of being attacked,” Lin continued.

In related news, Lin is pledging up to $1 million to fund Coronavirus relief.