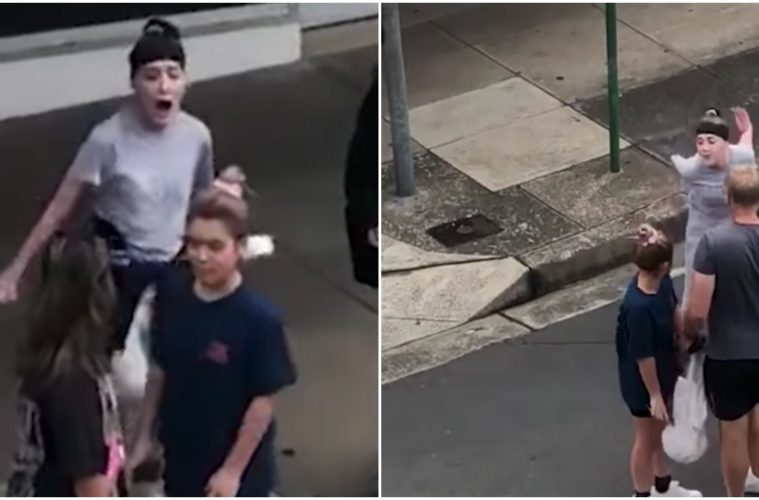 "'I've got a knife in my bag you little Asian dog"

Daily Mail reports that a teenage girl has been charged for spitting and racially abusing two Asian women in Sydney, while blaming them for “bringing Coronavirus here.”

Footage shows the 17-year-old girl shouting, kicking and spitting at the two victims who were waiting to cross the street.

Sophie Do, 23, and her sister Rosa, 19, are seen waiting at the corner of the street whilst the racist teenager starts spewing racist filth.

Among a number of profanities, the teenager screams, ‘I’ve got a knife in my bag… you little Asian dog.’

Police state that the teenager attempted to kick one of the victims but a bystander intervened. When she walked away, the teenager spat in one of victim’s eyes.

“She had pretty good aim, it hit my eye,” Rosa said. “Straight in my left eye. It got in my hair, my cheek, everything. I was flabbergasted.”