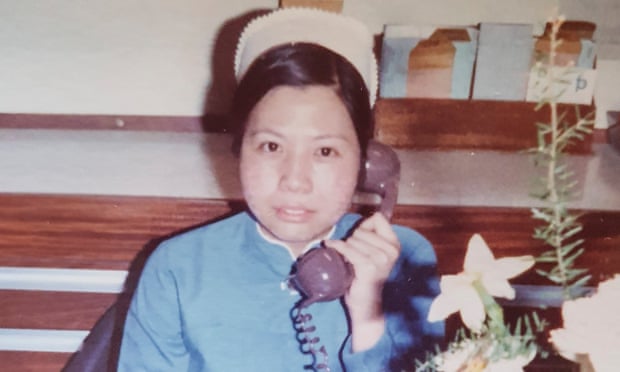 Hong Kong-born nurse works NHS for 44 years, not given PPE, dies of Coronavirus

The Guardian reports that a 70-year-old NHS nurse who may have contracted Coronavirus after not being given protective equipment has died from the virus.

Alice Kit Tak Ong was born in Hong Kong and moved to London in the 1970s. Ong had worked in the NHS for 44 years and was still working at the age of 70.

Despite her age, Ong was still working full-time, serving at two surgeries as well as running busy baby clinics.

Nonetheless, the Chinese nurse was not provided with protective equipment and worked without it. Her family believe the lack of PPE led to her contracting the disease.

Ong fell ill and began self isolating at home. Sadly her condition worsened and her breathing deteriorated. She was taken to hospital but died two weeks after she was admitted.

Daughter Melissa Ong, 37, said her mother was working without PPE.

“We don’t know for sure when she contracted it, but she was working without protective equipment,” she said, but added, “we’ve accepted it, she was doing what she loved.”

“She was completely dedicated to her work, that’s what she was doing until the moment she was taken ill,” Ong said. “She loved her job and she loved her patients.”

Dr Amrit Lamba, who worked with Ong at the Colindale medical centre in Barnet, said she had considered retirement but her love for her job kept her going.

“She had talked of retirement, but nursing and medicine was a real passion for her and she would never let it go,” he said. “Even at the end of her career, she was up-to-date on every development and sharing her wisdom with the practice. She’ll be missed and remembered very, very fondly.”

“She cared deeply about her patients and she was a great mentor and role model for junior nurses,” said Tonge. “She was incredibly experienced and knowledgeable. We’ve not just lost a work colleague, we’ve lost a friend.”

In related news, Republican Senator Rick Scott is encouraging Americans to boycott Chinese goods after the Coronavirus pandemic is over.