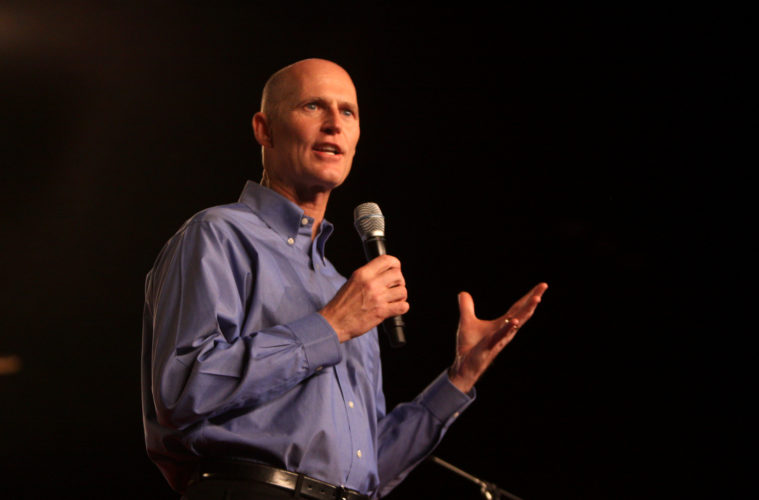 Newsweek reports that Republican Senator Rick Scott is encouraging Americans to boycott Chinese goods after the Coronavirus pandemic is over.

Speaking on The Charlie Kirk Show podcast, Scott slammed China and how it dealt with the virus outbreak.

“They don’t open up our markets, they steal our technology, they are completely non-transparent in this process,” he said.

“By doing that, people are going to die,” he continued. “It didn’t allow other countries to get prepared. Because we care more about our citizens than China cares about theirs, we’re trying to keep our citizens alive and not kill our economy, but they lied to us, they cheat.”

Scott went on to say that Americans will view China differently after the pandemic is over, stating it has “really changed Americans’ view” of their country.

“People are dealing with them through this crisis, but after that, I believe the American public is going to stop doing business with China,” he said.

“People are now fed up with China because they clearly killed Americans with their actions.”

“No one should buy anything from communist China,” Scott continued. “We should never forget it is communist China, run by the General Secretary of the Communist Party Xi.”

Scott even proposed that US companies such as Amazon should state where their listed items are made.

“I have a bill that would require all the resellers, like Amazon, to put up on their website—which they won’t—where things are made,” he said.

“Communist China wants to control the entire world, including Americans,” he added.