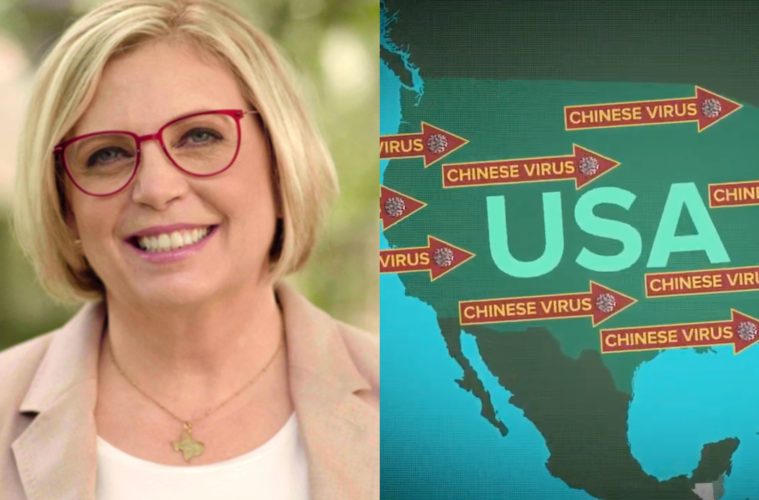 Wall is a candidate for Texas Congressional district 22.

In her video advert published on YouTube, her campaign states that “China poisoned our people.”

The ad goes on to support how President Trump used the term “Chinese virus” to refer to Covid-19.

Nonetheless, Wall’s ad states, “President Trump has the courage to call the virus what it is – The Chinese Virus.”

“Kathaleen Wall has his back,” the advert adds.

It then reveals that Wall will “cut off aid, trade and support to China” urging people to “fight to replace ‘Made in China’ with ‘Made in America’.”

“China is a criminal enterprise masquerading as as a sovereign nation, it’s time to fight back,” the advert claims.

Non-profit group United Chinese Americans (UCA) has since condemned Wall and her campaign.

“Playing race card and dirty politics with Asian Americans is not acceptable anymore. I have a single message to Ms Wall: Do not tread on us!” said Haipei Shue, President of UCA.

In an open letter to the Congressional candidate, the non-profit group called Wall out for her “reckless and irresponsible television ad attacking Asian American communities.”

The group states that whilst the advert focuses on China as a nation, it is compliant with racism faced by Asian Americans.

“While you may argue your ad only targets China, it is in fact just a tired xenophobic and racist trope that Asian Americans have endured since there were Asian Americans,” the letter reads.

“Our community members, no matter how many generations their family has been here, no matter how successful they are, or no matter how perfect their English may be, they are still treated as foreign, aliens, or never being American enough.”

The letter goes on to explain that anyone who resembles an Asian is also at risk.

“Even worse, your ad puts a target on the backs of anyone who looks vaguely Asian, subjecting them to the threat of physical harm,” it reads. “We have already seen assaults against Asian Americans increase across the nation, during this pandemic.”

The letter calls for Wall to retract her advert and t o apologize.

“We demand that you withdraw your ad and apologize,” the letter says. “We also call on all elected officials, especially Republican officials in Texas and on the Republican National Committee, to join us in denouncing your racist campaign tactics.”