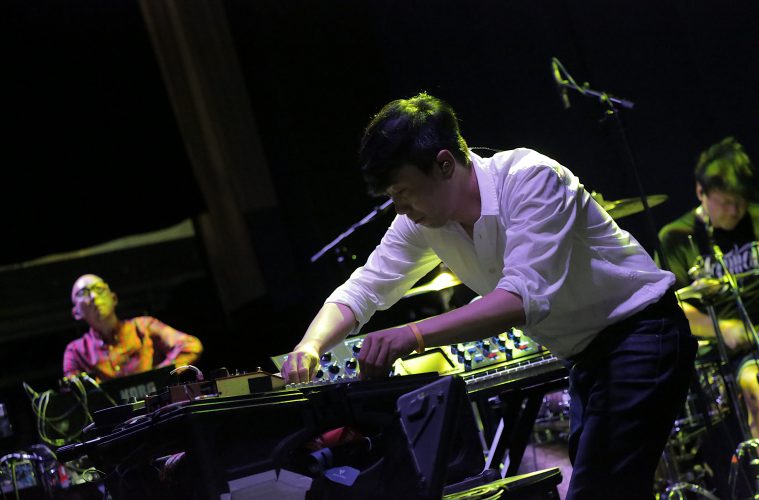 PATiENTS took to the stage first. Considering their equipment comprised only of a bass guitar, a keyboard and a drumkit, the band’s equpiment appeared to be on the thin side. However, once the boys burst into their first song, it was clear that PATiENTS were a fully formed pop-punk band. The lead singer’s spiky hair and low-slung bass guitar made him look like a Korean Sid Vicious and his relentless pounding bass would certainly not be out of place on a Sex Pistol’s track. Meanwhile, the keyboardist could have given Yes’s Rick Wakeman a run for his money with his intricate but swift skills. The drummer unapologetically thrashed away at the drums, all the while keeping the trio tightly together through his militant rhythms.

Indeed, each member of PATiENTS was invaluable to the band’s overall sound, which had elements of 70’s punk and 80’s synth pop thrown together. Somehow, this unique mix seemed to fit naturally. Who knew you could mix Duran Duran and the Ramones together?

However, the best thing about PATiENTS’ gig was observing the trio’s genuine enjoyment throughout the gig, which is perhaps the most important factor in live music, especially the pop-punk genre.

The boys were bursting with energy from the get-go, keeping the Rich Mix rocking throughout their hour slot. 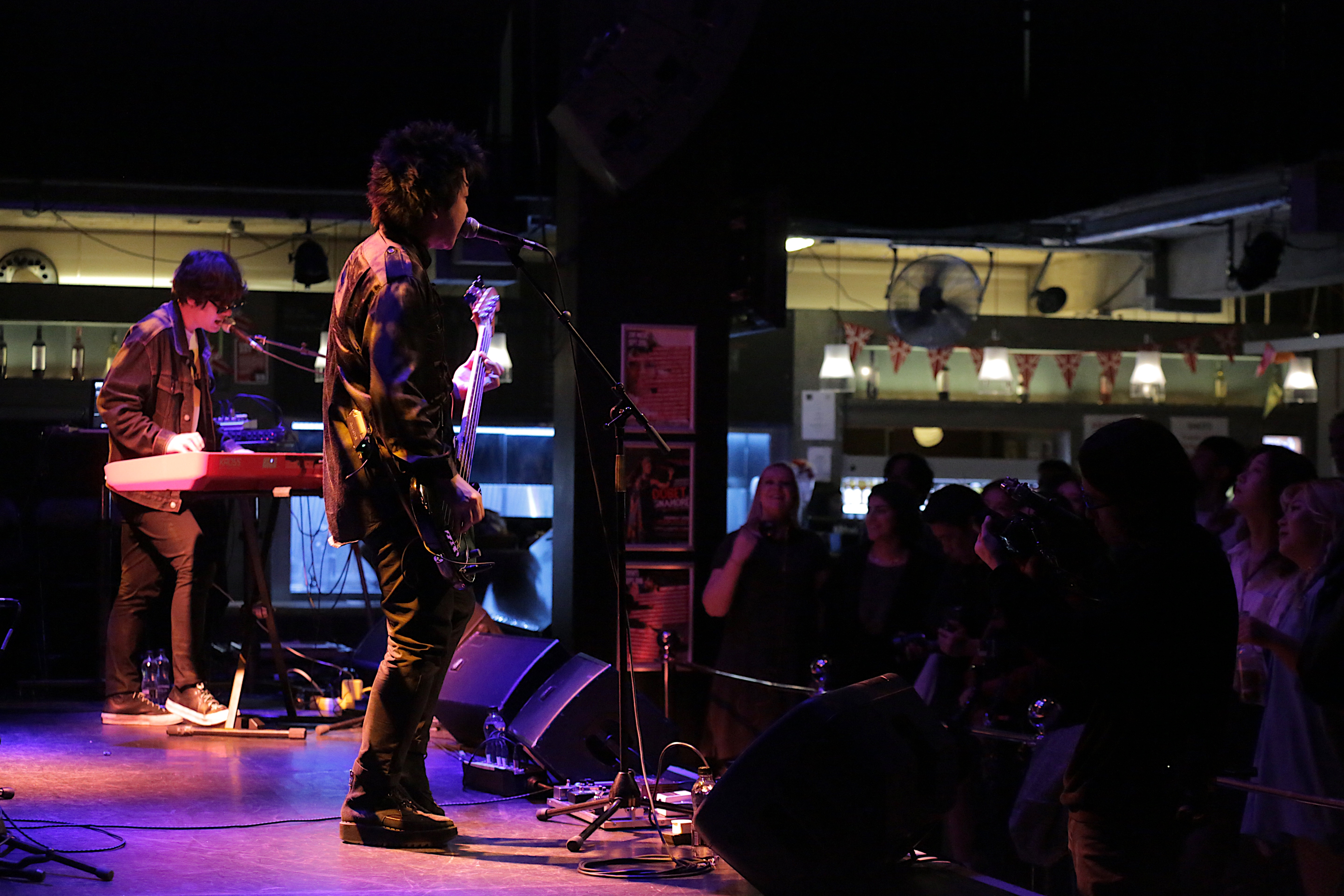 After PATiENTS finished their set, the crowd was given a short interval to catch their breath as the stage was set up for Idiotape. However, whilst 30 minutes sounded like enough time to fully wind down after PATiENTS’ energetic gig, Idiotape’s explosive first track instantly revived the crowd from any state of comatose they may have incurred during the interval.

Idiotape’s high octane energy even makes the front runners of the EDM field seem tame. Throughout their set, their energy remained in overdrive, with all dials turned to 11. Their drummers’ unbelievable talent and stamina is only a testament to Idiotape’s unabashed style, which kept the crowd raving throughout their set. Imagine Deadmau5’s ‘The Oshawa Connection’ on E, for a full hour, and you might just have an idea of what an Idiotape gig is like.

Whilst the Rich Mix is the perfect venue for small time acts, it failed to do Idiotape justice. To experience Idiotape’s full potential, one has to see them perform at a festival with epileptic strobe lights, earth shattering speakers and plenty of space to rave uncontrollably. 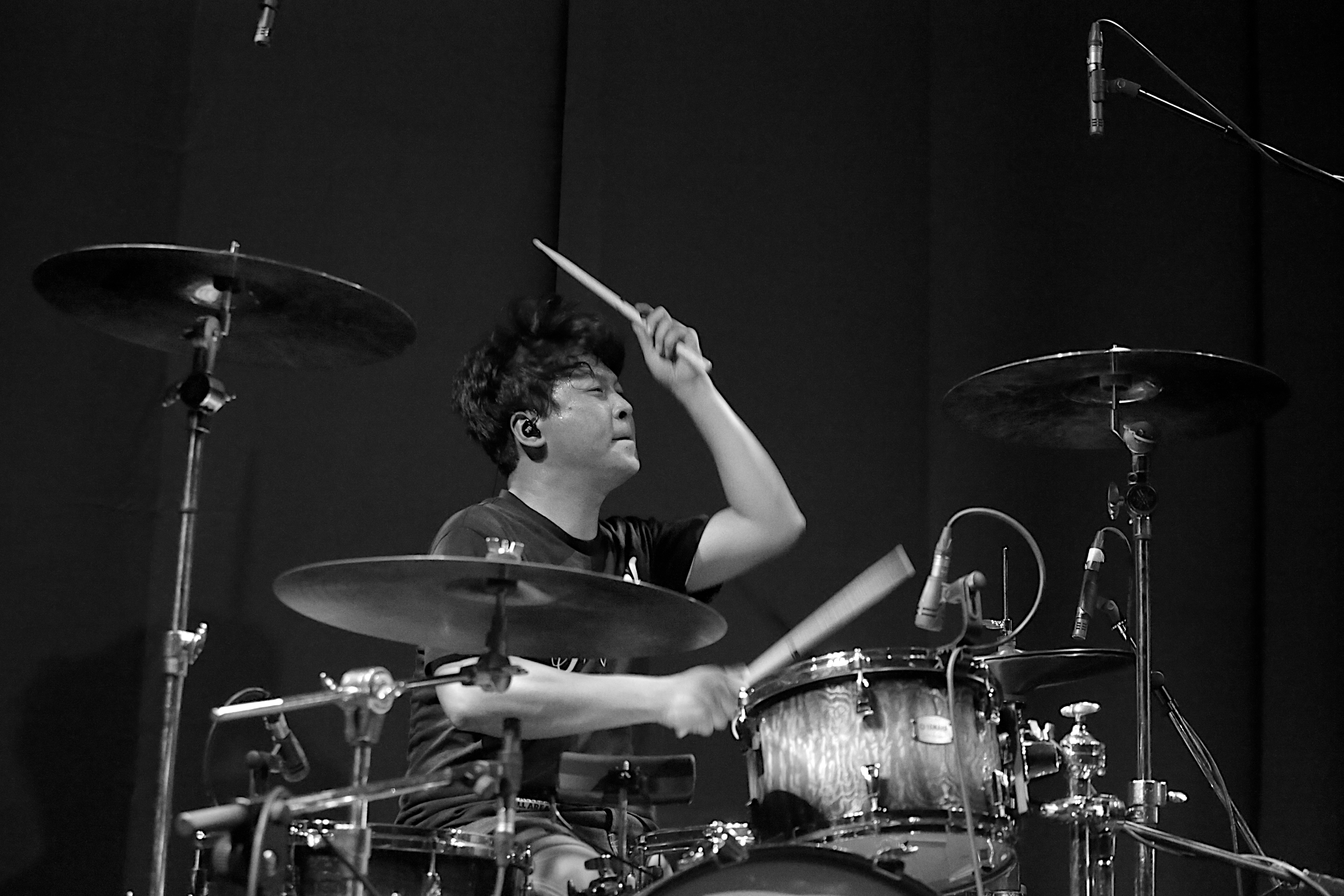 As a massive Beastie Boys fan, I’m very wary of Beastie Boys remixes – they’re often poorly contrived and often fail to retain the magic of the original. However, Idiotape’s remix of ‘Sabotage’ was perhaps the best Boys remix I’ve ever heard. Idiotape did away with the Boys’ heavy guitar riffs and replaced them with EDM traits that reimagine the track into 21st century EDM track of its own.

It’s only a matter of time before Idiotape become synonymous with any mention of the EDM genre.

There are only 5 nights left of the K-Music Festival. Be sure to check out the other acts before the festival ends on 25 October. For tickets and more information, click here.