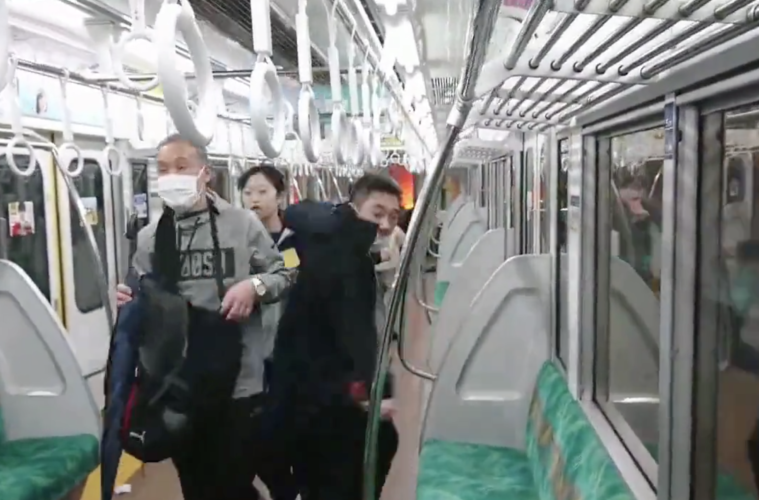 A man in Tokyo has been arrested for brutally stabbing train commuters during Halloween.

Police have arrested a 24-year-old suspect for attempted murder for attacking commuters on Sunday with a knife.

The suspect was seen dressed as DC Comics villain Joker on Sunday as he wielded his blade at innocent bystanders on a Tokyo train. He was seen wearing a purple suite, green shirt and tie, and reportedly “looked up” to the character.

18 victims were hospitalised, including an elderly man who is in critical condition.

Japanese news media reported that the suspect had “wanted to kill someone since June” because he had “failed in jobs and friendship and wanted to die but couldn’t die himself.”

The suspect also lit a fire on the train, causing flames and smoke to engulf the carraige.

“With a knife he was carrying, the man stabbed the right side of the chest of a male passenger in his 70s sitting in the train, but couldn’t achieve his aim (of murder),” a Tokyo police spokesman said.

“He told police he wanted to receive a death sentence by killing someone,” the spokesman added.

“First I thought it was something like a Halloween event. But I rushed away as a man carrying a long knife came in. I was very fortunate not to be injured,” a man who was on the train told NHK.

“He held a knife and started spreading liquid,” a female passenger said. “He was committing this act without showing any emotion, just mechanically. I think that brought fear to everyone.”

Someone set a train in fire in Tokyo (Keio line) 😱