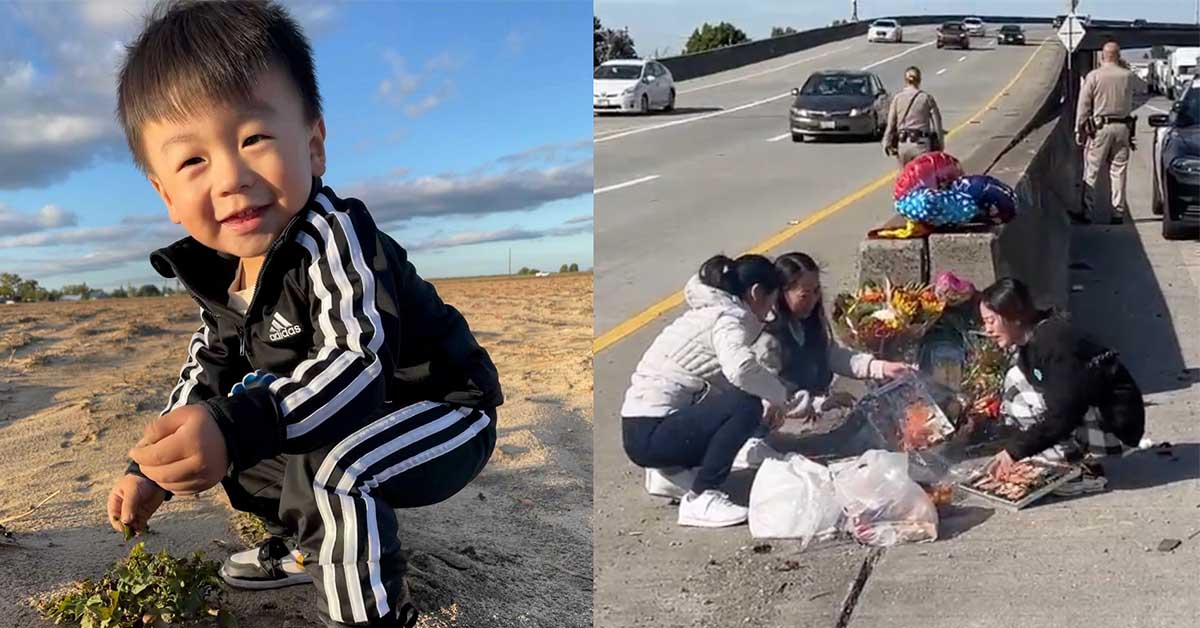 Jasper Wu was sitting in the backseat of his mother's car

Fake GoFundMe pages have been created after a 23-month-old Asian American was shot and killed by a stray bullet on a highway in Oakland.

Jasper Wu was sitting in the backseat of his mother’s car on Saturday afternoon when he was struck by a stray bullet on Interstate 880 in Oakland.

It is believed the family was caught in the crossfire between gang members heading northbound. The Wu family were heading southbound.

Wu was asleep in his mother’s white Lexus when he was struck by the bullet.

“We heard it was a shooting, an hour later we heard a child was involved it’s just heartbreaking,” said Mike, a motorist.

The young boy was immediately rushed to Oakland Children’s Hospital where he was treated for a head wound but sadly died from his injuries.

“I just can’t believe it. I see the family in front of the house with kids and their mom,” said Tovar.’

“The reality is, this is insanity. I see it everyday, gang activity has risen, especially when it comes to little ones, someone’s family member, it’s unacceptable,” said Gallo.

Local police and the family are seeking the public’s help to identify those involved in the gunfight.

According to reporter Dion Lim, a couple of fake GoFundMe pages were created for the family. The real page here has raised over $34,000 at the time of writing.

Many have asked how to help Jasper’s family.

After a couple fake @gofundme accounts were reported and taken down (I’ve been in contact with GFM)— an official one is now live.

Jasper was born at the start of the pandemic.

B/c of this, his father who works in China has not been able to come to America & see his son in real life.

He sends money f/ his job to help support his wife & mom in Fremont.

Mom is saying she loves him in this video. 💔 pic.twitter.com/Z62nfVdTaL

I could not stop weeping.

Met up with Jasper’s family to bring flowers to the shooting site along 880 this morning. CHP escorted us & kept family safe.

Jasper’s family burned incense, joss paper, etc. so Jasper has what he needs in the afterlife. 💔 #RIP #Oakland pic.twitter.com/8dr3Jz33el

The Wu’s prov. my colleague @CornellBarnard w/this photo & said to him they’d like the suspects to surrender. #Oakland pic.twitter.com/Wqe60PtjiC

Jasper’s mother Cherry said she was planning to pick out a cake for his 2nd birthday next month & that he was “smart & very good boy”.

She asked for the public NOT to donate or spread the fake @gofundme that is circulating online. The official one is coming soon.