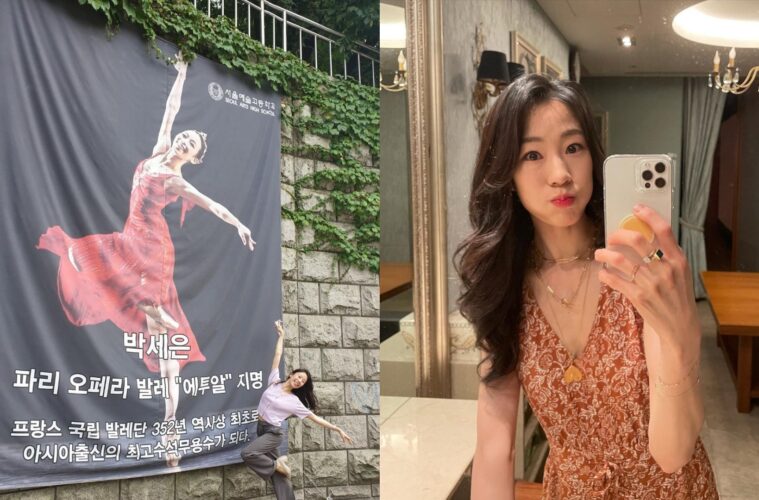 "I believe that art - not just dance - transcends nationality and race"

Park Sae-eun has become the first Asian to reach the top of the Paris Opera Ballet.

The 31-year-old ballerina has achieved “etoile” or “star” rank, which is the highest rank of the prestigious ballet.

Park’s achievement is the 352-year-old ballet’s first Asian representation at that level.

“I became the first Asian ballerina to be an etoile and it’s very much become a talking point, but I think of it as something that’s very natural.”

Park has been living in Paris since age 21 and spoke little French when she arrived.

In June 2021, Park’s performance as the female lead in Romeo And Juliet earned her an “etoile” at the Opera Bastille.

“A lot of emotions were overlapping – I was so happy and so grateful, and thought there really is such a day,” Park said. “I had been waiting for so long… and there were times that were a bit tough, and I was reminded of all of these all at the same time.”

Park has also been dubbed the “queen of concours” after winning the Grand Prix de Lausanne and Gold Medal at Varna.