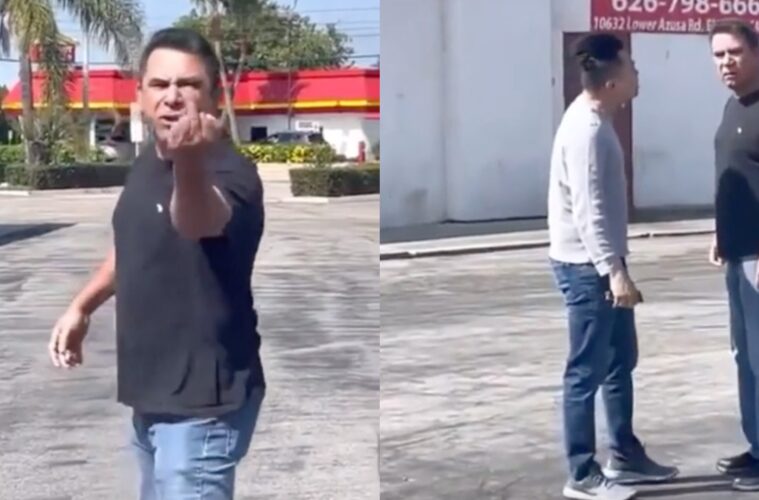 A man was caught on camera spewing racist hate at an Asian man in a parking lot in El Monte, California.

Video footage of the altercation showed a Caucasian man and an Asian man shouting at each other.

According to Reddit, the incident was triggered by the Asian passenger intervening when the Caucasian man shouted racist abuse at his driver in the parking lot.

Among the many swears heard in the video, the Caucasian man calls the Asian man “fucking Chinese” and calls the woman filming a “cunt.”

He also told the pair to “go eat some fucking rice.”

“This is my country!” The man shouts before the Asian man wittily responds, “I don’t see your name anywhere!”

“I was born here, motherfucker,” the Asian man says. “Why don’t you go back to your own fucking country?”

In other news, Sen. Charles Grassley of Iowa has come under fire for racial stereotyping when congratulating Korean American judicial nominee Lucy Koh.