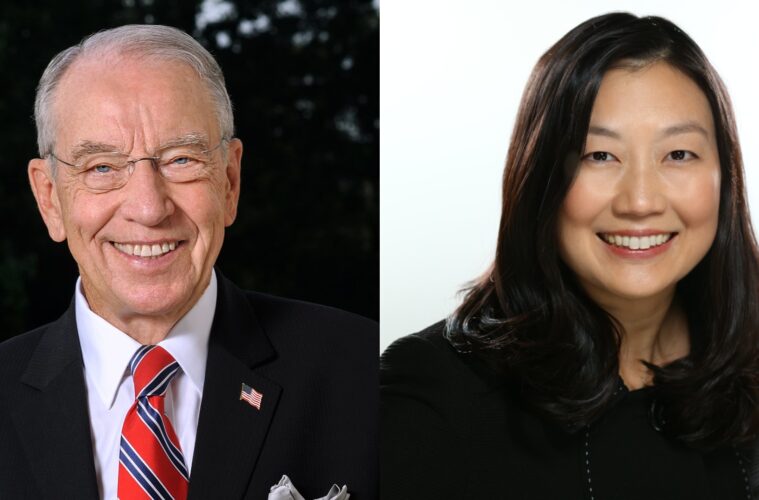 "If I’ve learned anything from Korean people, it’s a hard work ethic"

Koh was nominated by President Joe Biden to the federal appeals court earlier this month alongside seven other nominees.

Grassley, who is seeking re-election to another six-year term, praised Koh for her nomination.

“What you said about your Korean background reminded me a lot of what my daughter-in-law of 45 years has said: ‘If I’ve learned anything from Korean people, it’s a hard work ethic. And how you can make a lot out of nothing,’” the 88-year-old said at a Senator confirmation hearing on Wednesday.

“So I congratulate you and your people.”

Grassley’s language has since been drawn slack for perpetuating Asian stereotypes and the Model Minority Myth.

Taylor Foy, a spokesman for the Senator, said his “intent was to be complementary, not to insult anyone.

“Even if you think you’re being complimentary, assigning any character trait to an entire community is the definition of prejudice,” she said.

“Treating all members of a group as the same invites mistreatment when one person can be held accountable for the actions of someone else. It may not be the same incitement to violence seen in other slurs, but it is harmful nonetheless.”

Kurt Bardella, an adviser to the Democratic Congressional Campaign Committee, has demanded an apology from Grassley.

“I don’t care what his intentions were. I don’t care if he thinks what you said was a compliment. It wasn’t. Ideally, this moment would be cause for some reflection — but at minimum, he owes Judge Koh an apology,” Bardella stated.

In other news, a David Walliams story that the Asian community deemed to be racist has been pulled from his children’s book.