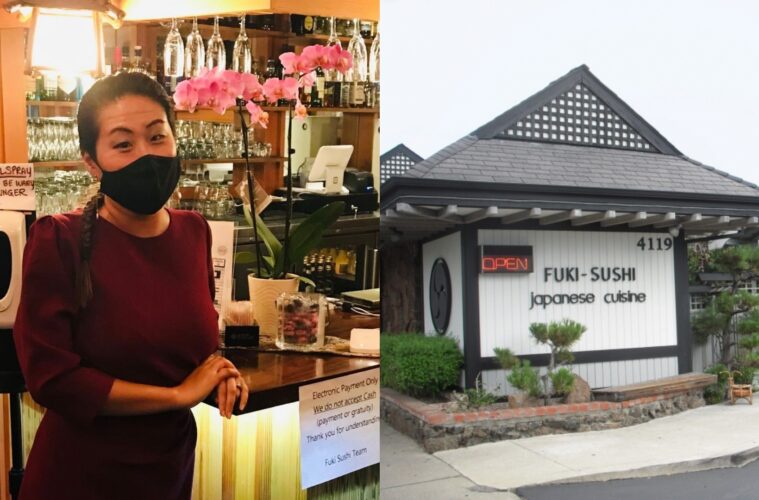 ‘You are un-American’: Customer spews racist hate at Asian sushi restaurant owner for not accepting cash

"Did you even go to school here? You are not American. Go back to your country. You don’t belong here. We don’t want you here"

Staff at a sushi restaurant were recently racially assaulted by tempered customer who was angered at not being able to pay with cash.

Lumi Gardner who owns Fuki Sushi, a sushi restaurant in Palo Alto, said her staff encountered the customer on 1 August.

After being told he couldn’t pay in cash due to the Coronavirus pandemic, the customer began spewing racist hate towards the staff.

“This is un-American, it’s illegal for you to not accept cash,” the man, thought to be in his 50s, said to his server.

The server referred the man to Gardner, who said she would accept the cash to “avoid a possibly dangerous situation.”

However, the man was still not satisfied and redirected his hate towards Gardner.

“You are not American. Go back to your country. You don’t belong here, We don’t want you here.”

The man eventually paid cash but threatened to sue Gardner “for running an illegal business.”

“It felt surreal that that would happen in my community, let alone my own business,” Gardner said in a Facebook post. “When you have your own business it’s like your home. He came into my home and said these horrible things. That somebody feels that way is terrifying.”

Gardner has since made a police report. Palo Alto Mayor Tom DuBois said the city is “taking the incident very seriously.”

In other news, an Asian American woman has been attacked while out for a run in San Francisco.