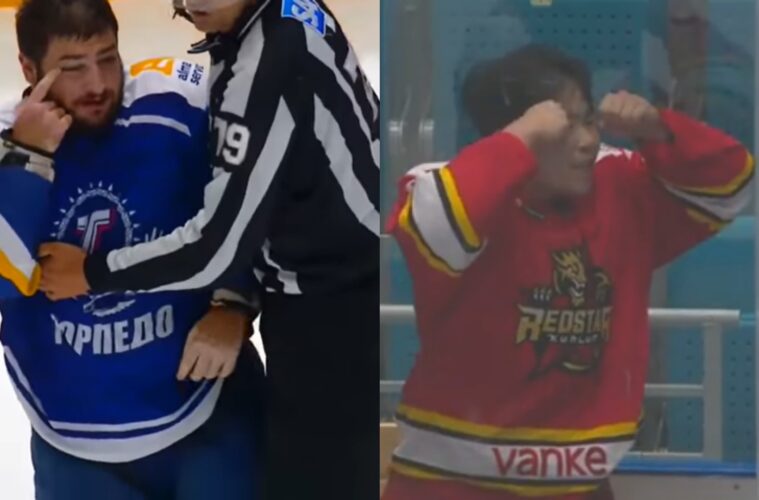 "I have never divided people by ethnicity and race"

A Russian hockey player has apologized for making a slant-eyed gesture towards a Chinese player but has simultaneously denied racist intent.

Stas Petrosyan, who plays for Torpedo Ust-Kamenogorsk made the gesture at Beijing-based Kunlun’s Hu Yan during the teams’ match in the President’s Cup of the Republic of Kazakhstan.

Following a scuffle between players, Petrosyan was seen pulling one of his eyes back, gesturing towards Yan. Yan responded with a crying gesture.

“On behalf of the club, we apologize to the Kunlun Hockey Club – and personally to Hu Yan – for the incident at [the] match,” it said.

“The club’s management fined Stas Petrosyan for behavior that violates ethical norms and held an educational conversation with him. There can be no excuse for insulting people based on color and race. Such behavior is unacceptable in the sports community, where respect for opponents and a fair contest remain the main principles.”

“Torpedo is an international team in which people of different nationalities and religions live, work and strive for great victories. We are confident that only by respecting our rivals and not making distinctions based on ethnicity or religion, we can achieve success.”

Petrosyan said his gesture was driven by “emotions as a result of the scuffle.”

“I sincerely regret what happened,” he said. “I have never divided people by ethnicity and race.

“Such a gesture on my part is unacceptable. I would like to offer my personal apologies to the Kunlun Red Star Club and personally to Hu Yan for this incident.”

Earlier this month, Juventus Women football team apologized for posting a picture showing one of their players pulling their eyes back.