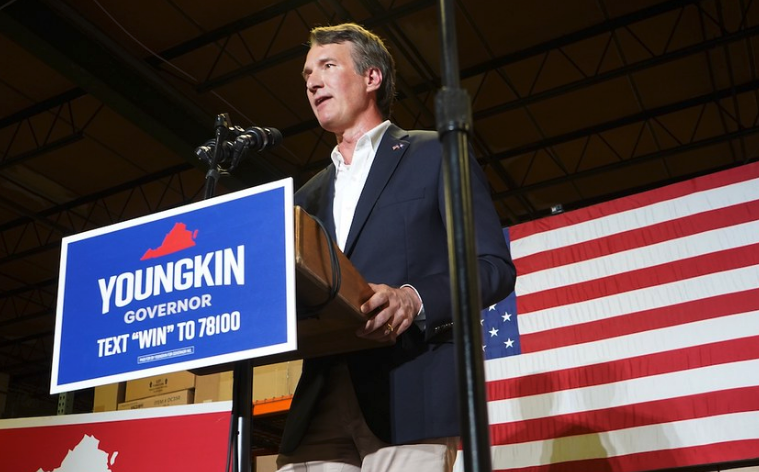 In a resurfaced podcast from April, Youngkin described Asians in Virginia as “yellow.”

“I so look forward to being governor and actually working hard to unleash the potential of all Virginians . . . so that all Virginians — Black Virginians, Brown Virginians, White Virginians, yellow Virginians — can all achieve their aspirations and their ambitions,” he said whilst talking about unity in Chris Arps’s Water Cooler Politics podcast.

The Democratic Party of Virginia has since demanded that Youngkin should “apologize for using this slur.”

However, Youngkin spokeswoman Macaulay Porter called the criticism “hypocrisy and bad faith at their finest” after a video showed liberals including Whoopi Goldberg, Sen. Mazie Hirono also using the term.

“Glenn Youngkin will always seek to uplift and empower Virginians of every color,” Porter said. “None of these Democrats had a problem with this same language being used at their own Democrat National Convention last year, or being used by elected officials in their own party.”

In other news, two Asian women had their purses violently snatched at a San Gabriel market.