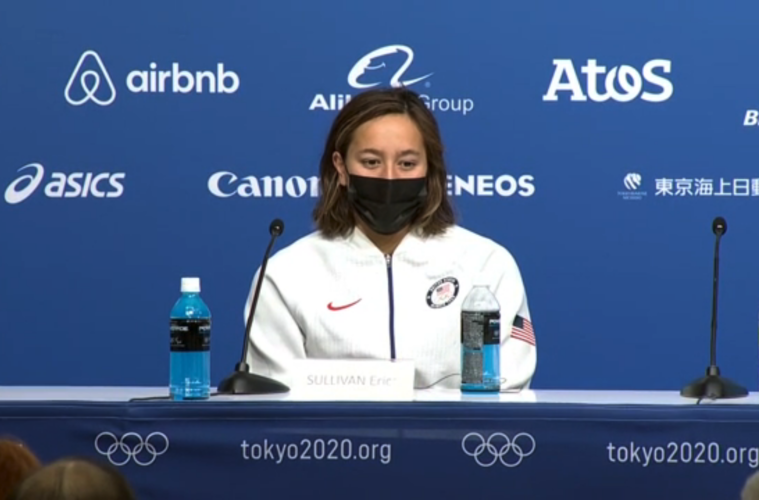 US Olympic swimmer Erica Sullivan discusses winning silver, being queer and being Asian

US Olympic swimmer Erica Sullivan has talked about winning a medal, being queer and being Asian.

For Sullivan, the 2020 Tokyo Olympics is a special one as her mother is a Japanese citizen living in America on a green card.

“Just me getting to be on the podium, in Japan, as an Asian American woman and getting to take silver in a historical women’s event for the first time, as someone who likes women and who identifies as gay — it’s so cool,” she said in her press conference afterward. “It’s awesome.”

“It’s just awesome that I get to do this and really set a landmark for women and also get to do it in Japan where I have half my family,” Sullivan said on TODAY Wednesday.

“It means a lot, and it’s always an honor to do it beside Katie because Katie’s going to forever be in the history books, so the fact that I get to be a small little footnote in that is awesome.”

Sullivan also showed her sense of humour about having the Olympic record for a duration.

“Fun fact: I had the Olympic record for 16 minutes. @katieledecky put in the work and threw down the heat after. But I’ll proceed to flex my 16 minutes,” she tweeted on Monday.

Sullivan also spoke in Japanese fluently to reporters after her race.

“I’m multicultural. I’m queer. I’m a lot of minorities. That’s what America is,” she said. “To me, America is not about being a majority. It’s about having your own start. The American dream is coming to a country to be able to establish what you want to do with your life.”

In other Olympics news, a Greek TV commentator has been fired for making a racist comment about a South Korean table tennis athlete.