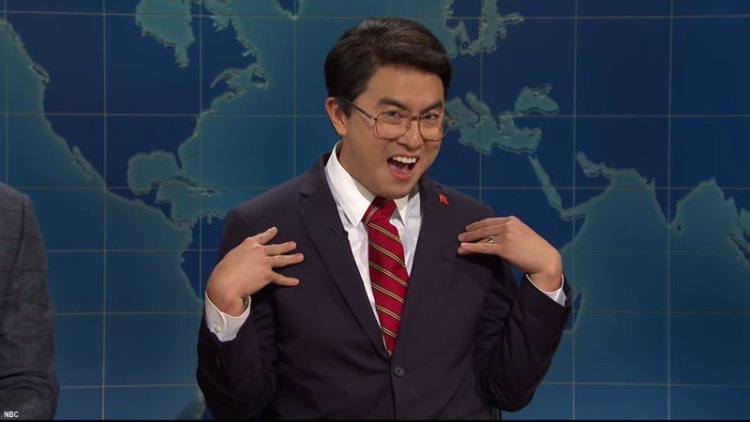 Bowen Yang has made history by becoming the first Chinese American man to be nominated for an Emmy.

Yang has received an Emmy Award nomination for Outstanding Supporting Actor for his role on Saturday Night Live after just two seasons on the show.

The 30-year-old is also the first SNL cast member ever to receive the nomination.

SNL characters including Flit the SoulCycle instructor and the ‘iceberg that sank the Titanic’ are all accredited to Yang.

Yang had previously made headlines by speaking about violence towards the Asian American community on the show.

“Things for Asians in this country (US) have been bleak for the past two weeks… and all the weeks before that since forever, but there’s a lot of work to do and I found some posts online with action items everyone can take to help,” he said during the 29 March episode.

“Look, I’m just a comedian, I don’t have the answers. But I’m not just looking for them online, I’m looking around me. The GoFundMe for Xiao Zhen Xie, the grandmother who fought back against her attackers, raised $900,000, which she immediately gave back to the community. That’s where we are as Asians. Now come meet us there.”

The comedian even gave a shout-out to “save Kim’s Convenience” in one appearance.

In other film news, Quentin Tarantino has told critics of his Bruce Lee portrayal to “go suck a dick.”