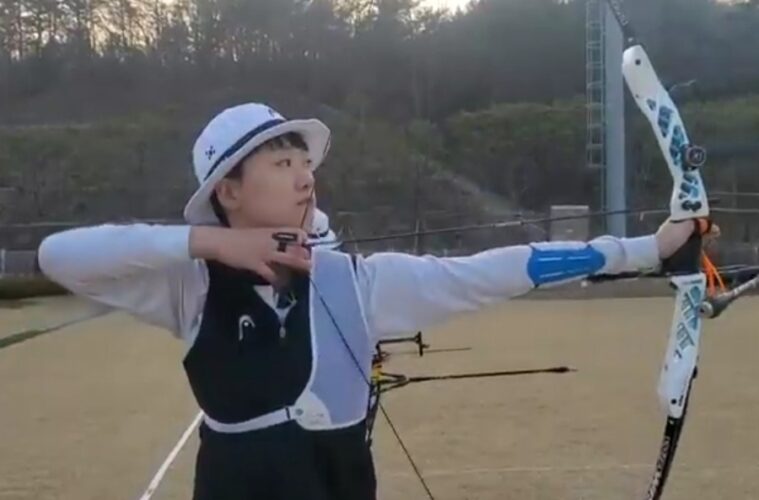 More than 6,000 photos posted by Korean women to show support for An San

Despite winning three gold medals for its country, An San, the South Korean archer faced criticism over her haircut when she made an appearance on national TV during this year’s Olympics, with some demanding the Korean Archery Association to withdraw the gold medals from the Olympic record-breaking archer, alleging she is “a short-haired feminist”.

An was also trolled online on the basis that “she went to a woman school and used man-hating slang”. The online abuse intensified as some “irritated” by “An’s boldness and her refusal” to cater to expectations of a “good and tamed” woman.

An online troll campaign was set up in an attempt to bring down An San, accusing her of misandry, and framing her as a “divisive and aggressive man-hater”.

Olympics viewers from across the world have been showing their support for An following the anti-feminist backlash. According to Korean news outlet Chosun Ilbo, more than 6,000 photographs of South Korean women with short hair were posted on social media to show solidarity with An, including S. Korean actress Koo Hye-sun and Sohn Suhyun.

“[Feminists are] People who move for change in status and role imposed by the old society,” said Koo in her Instagram post, “…it’s for opportunities and qualification instead of dividing men and women.”

The 20-year-old archer did not respond to the online abuse as her coach blocked journalists from asking “unnecessary questions” at a press conference following her winning of a matchplay in the 1/16 elimination round of the women’s individual event on Thursday. 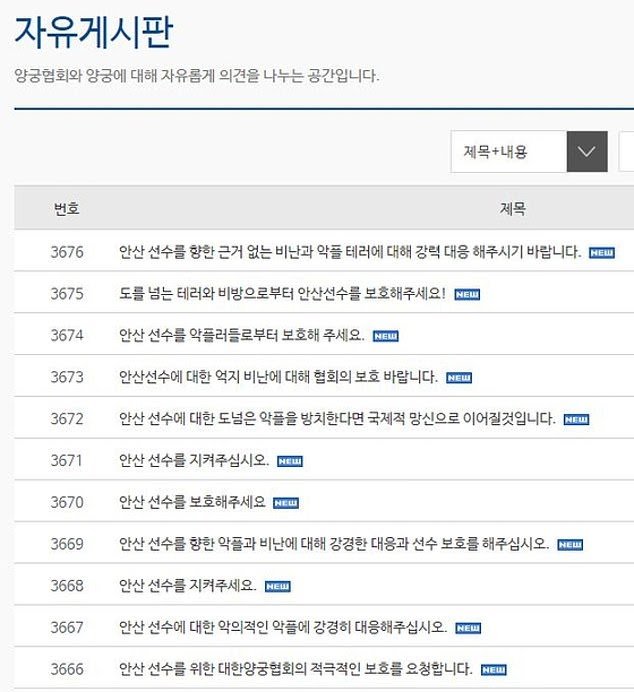 Thousands have since been flocking to the website of the Korean Archery Association and the website was flooded with more than 300 posts, with some requesting legal actions to be taken to protect An from hate comments and asking not to pressure her to apologise for anything.

In other Olympics news, the World Archery Federation has come under fire for using a “racist” font to introduce the South Korean women’s team.