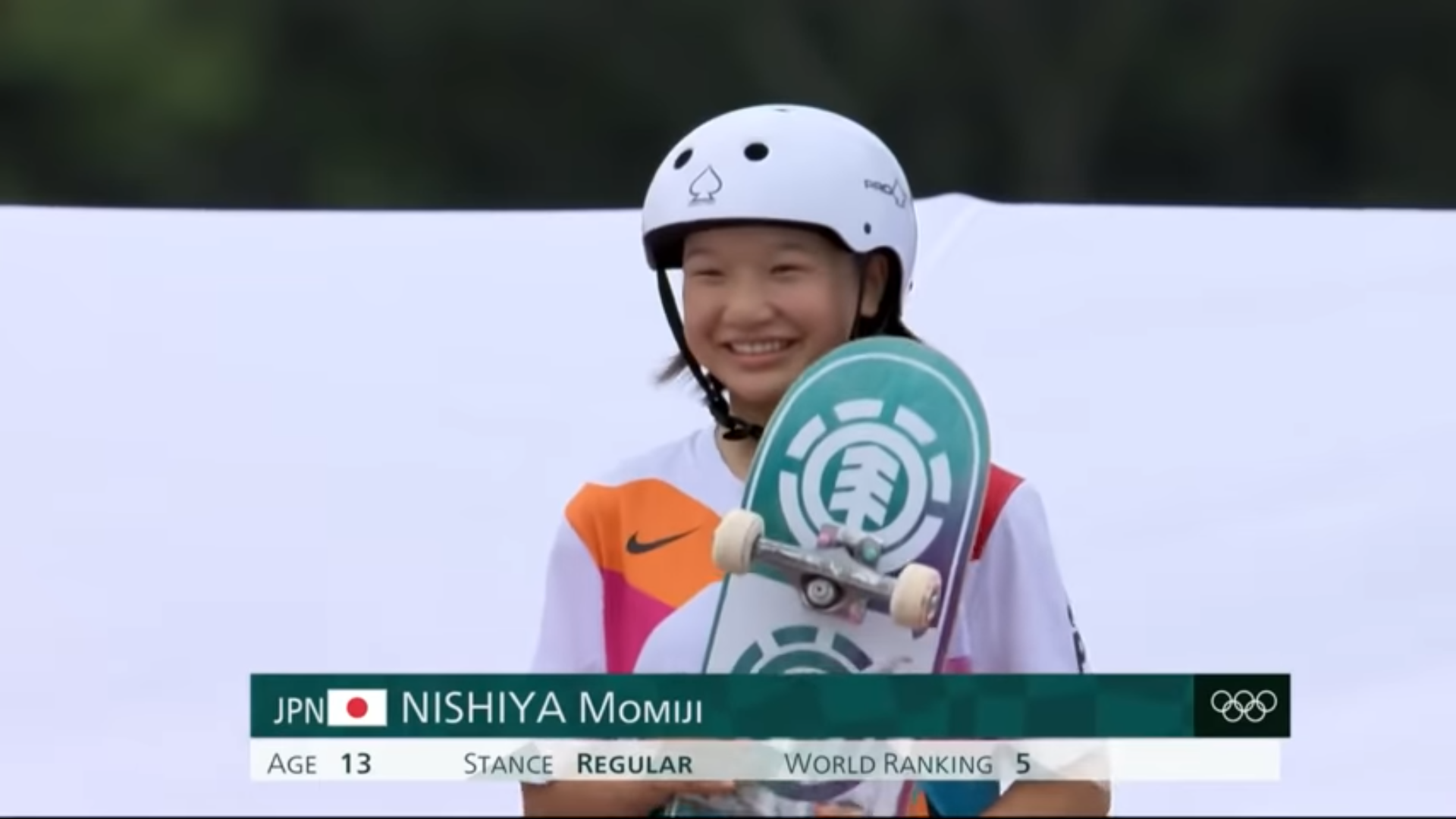 A 13-year-old Japanese skateboarder has made history by winning the first-ever Olympic gold medal in women’s street skateboarding.

Nishiya is the second youngest Olympic champion – a title that belongs to Marjorie Gestring who won the springboard title at the 1936 Berlin Games at the age of 13 years 267 days, just 63 days younger than Nishiya.

At 13 years and 203 days old, Leal would have been the youngest Olympic champion if she had won.

With Japan’s 16-year-old Funa Nakayama winning bronze in the skateboarding competition, the average age at the Tokyo Olympics winning podium is the youngest in Olympics history.

Skateboarding is one of five new sports added for this Olympic Games.

In other news, USA has won its first ever gold medal in fencing’s individual foil thanks to Filipina American Lee Kiefer.