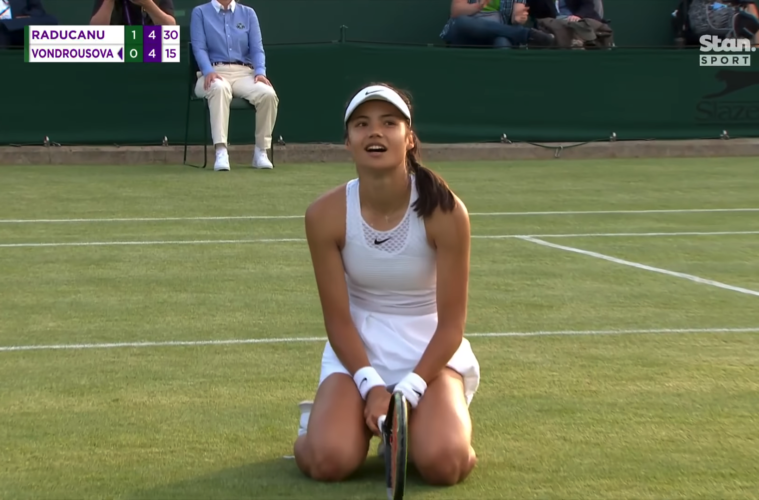 "Can't wait to see what's next on my journey"

Emma Raducanu has opened up about prematurely exiting Wimbledon.

The 18-year-old pulled out of the tournament during a Centre Court match against o Australian opponent Ajla Tomljanovic who was leading by a set and 3-0.

Raducanu appeared to suffer from stomach cramps during the match and was seen hyperventilating before she left the court.

On Twitter, the Canadian-born British Romanian Chinese sports star explained how she was feeling “much better” but still a bit dizzy.

“Hi guys, I wanted to let everyone know that I’m feeling much better this morning,” she said in a statement on Twitter. “First up I want to congratulate Ajla on an incredible performance and I’m sorry our match ended the way it did. I was playing the best tennis of my life in front of an amazing crowd this week and I think the whole experience caught up with me. At the end of the first set, after some super intense rallies, I started to breathe heavily and felt dizzy.”

“The medical team advised me not to continue and, although it felt like the hardest thing in the world not to be able to finish my Wimbledon on the court, I was not well enough to carry on.

“Last night will go a long way to helping me learn what it takes to perform at the top. I will cherish everything we have achieved together this week and come back stronger! Can’t wait to see what’s next on my journey.”