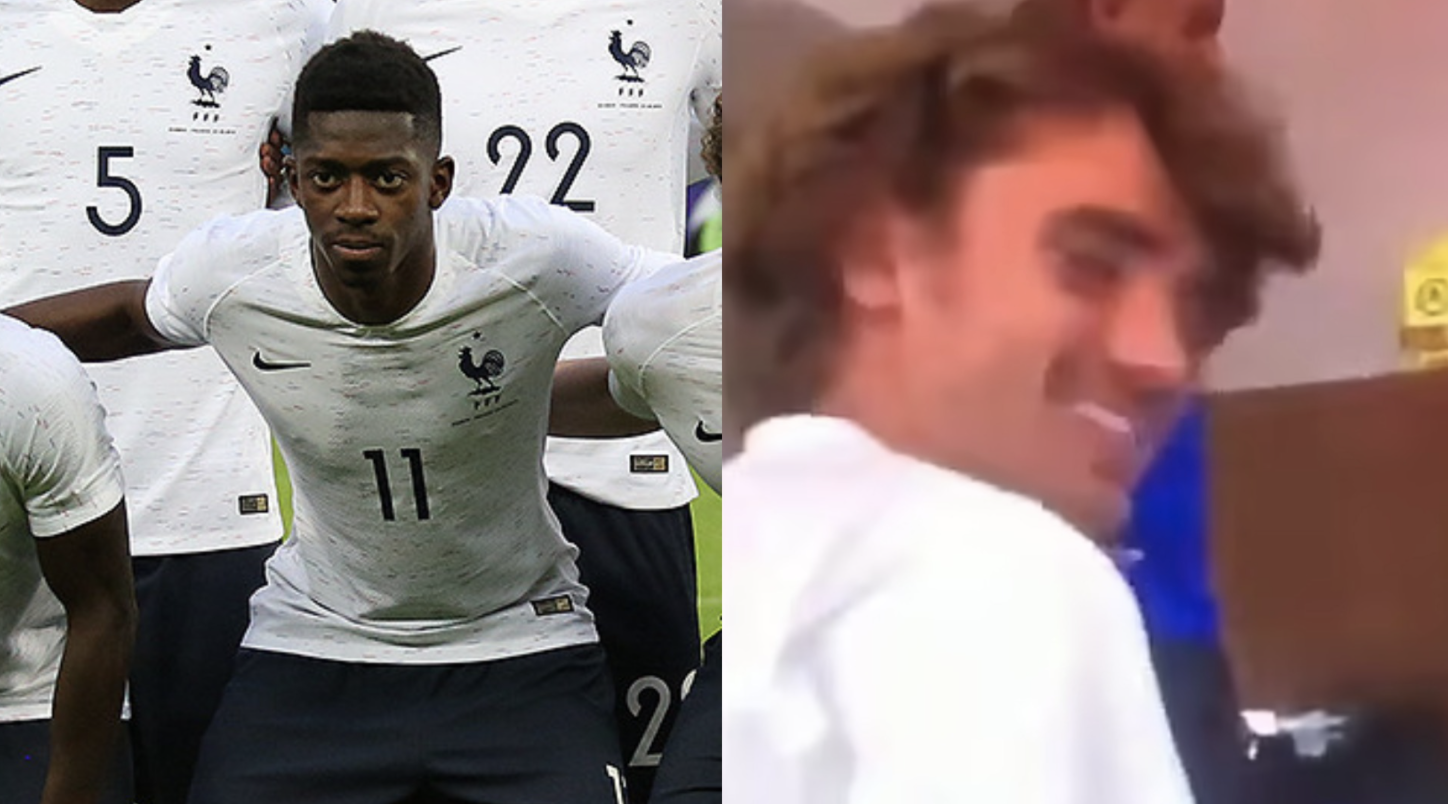 "What kind of backward language is that? Are you technologically advanced in your country or not?"

In the clip, three Asian hotel technicians are seen gathering around a TV, attempting to fix it.

Dembele, who films behind the camera, says to Greizmann, “All these ugly faces, just so you can play PES [Pro Evolution Soccer], aren’t you ashamed?”

Griezmann doesn’t say anything but laughs along with his teammate.

As the technicians continue their work, Dembele then says, “what kind of backward language is that? Are you technologically advanced in your country or not?”

Reports suggest that the video was likely from 2019, based on Griezmann’s haircut.

Griezmann has since issued an apology for the incident. “I have always been completely against all forms of discrimination,” he tweeted in French.

“For the past few days, certain people have wanted to paint me as someone that I am not. I firmly refute the accusations made against me and I’m sorry if I have offended any of my Japanese friends.”

The incident is not the first time Griezmann has been accused of racism. In 2017, the French forward was criticised for blackface by dressing as an NBA player.

France were knocked out in the Euro 2020 by Switzerland in a last 16 penalty shootout.

In other news, Republican gubernatorial candidate Glenn Youngkin has come under fire for using an anti-Asian slur.