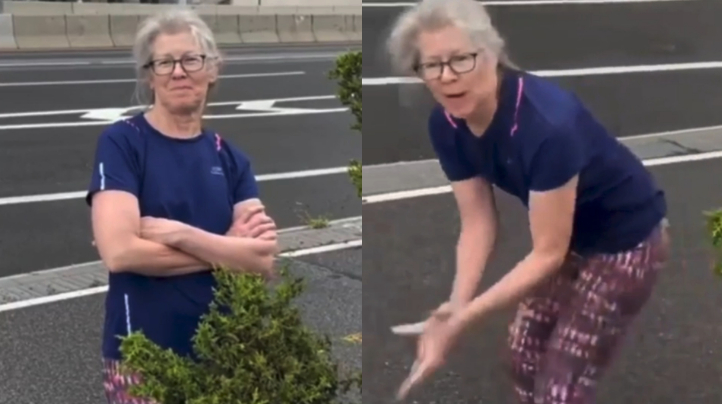 ‘Go back to your own country’: Racist woman tries to lure Asian man’s pet dog onto the highway

“They don’t put a leash on in your country?”

A racist woman was caught on video trying to lure an Asian man’s pet dog onto the highway in New York City.

In the video, the woman is heard saying “have you never heard of a leash in the city?” to an Asian man filming behind the camera.

The woman allegedly had told the man to “go back to his own country” before he started recording.

“Which country should I go back to, Karen?” the man filming says.

“They don’t put a leash on in your country?” The woman says.

She then attempts to lure the man’s dog into a New York City highway, shouting “come on puppy” whilst clapping her hands, trying to lead the dog to the road.

“What kind of problem do you have, lady?” says a passerby.

Towards the end of the video, the woman is seen talking to a police officer through his car window.

The video footage has since gone viral and has attracted 1k comments on Reddit.

“There’s a way to tell someone to put a leash on their dog. This isn’t it,” the top comment states.

In other news, an Asian TikToker has shared footage of a man racially harassing him online.