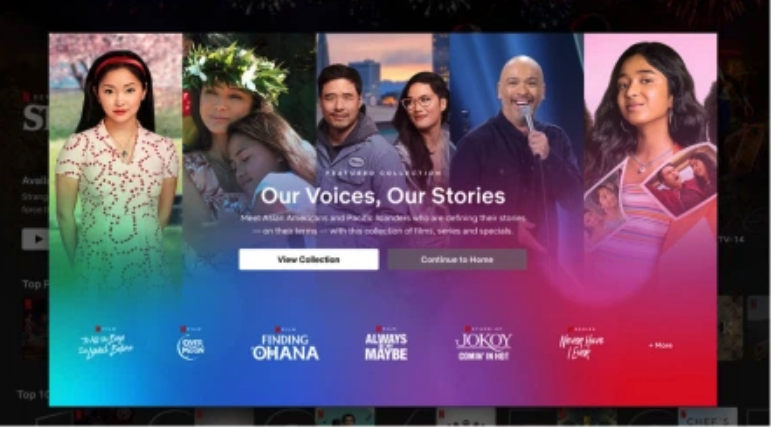 “Showing just one of us isn’t diversity"

Kim’s Convenience, Always Be My Maybe, To All The Boys I’ve Loved Before, Never Have I Ever and more are among the available titles.

France, Condor, Koy, Margaret Cho, Naomi Osaka and Ken Jeong will additionally be featured on billboards across the country, with quotes from each of them.

Netflix will partner with non-profit Act to Change to sponsor the third annual national AAPI Day Against Bullying and Hate on 18 May as part of hte campaign.

“I think for the few other Asians and Asian Americans in my school, I could feel us all trying to figure out how best to be accepted by the majority white world around us,” said Netflix documentary and indie film head Lisa Nishimura.

“In the classroom, Asians were contextualized primarily as wartime opposition, and never as contributors to the fabric of this country,” wrote Nishimura. “As such, my classmates and I longed not to be seen as the ‘other’, so I’m ashamed now to admit that we didn’t band together. Instead, I believe we may have distanced from one another in an attempt to somehow dilute our Asian-ness.”

She hopes Netflix’s campaign will “inspire more storytellers to define their stories on their terms.”

In other film news, UK Asian celebrities are backing the #StopAsianHate campaign to combat racism.