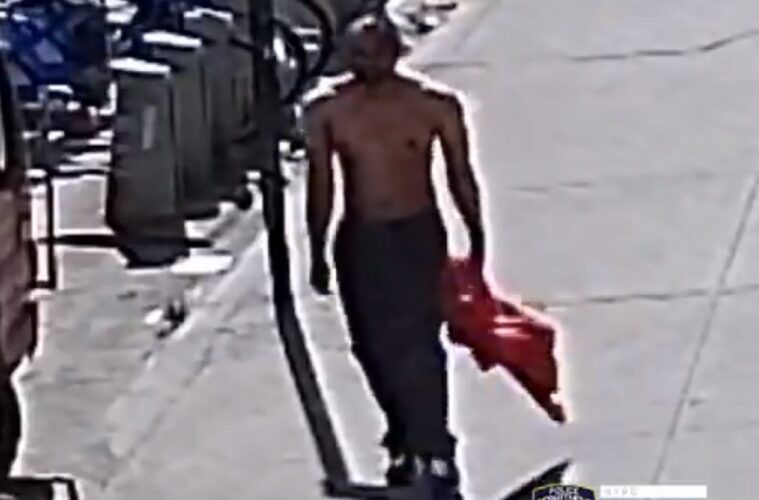 ‘Go back to your country’: Asian man has finger bitten off by senseless racist in Hell’s Kitchen

"As New Yorkers, we are forever proud of our diversity and we reject any cowardly attempts to divide us"

A 48-year-old Asian man had one of his fingers bitten off by a racist man in Hell’s Kitchen.

The incident occurred on Tuesday when the suspect approached the victim at the corner of West 43rd Street and 11th Avenue shortly before 10am.

Unprovoked, the suspect began punching the victim, shouting “go back to your country” before biting two of the victim’s fingers on his left hand. One finger was severed.

The suspect then fled the scene but was caught on CCTV last seen shirtless, wearing blue jeans and holding a red sweatshirt. He is believed to be in his 40s.

Gov. Andrew Cuomo said he was directing the state police’s Hate Crimes Task Force to assist in the investigation.

“In what has now become an alarming, disgusting pattern, we have learned that yet another Asian American was attacked violently in Manhattan. This needs to end,” Cuomo said in a statement.

“I want the Asian American community to remember that we stand with them against hate. As New Yorkers, we are forever proud of our diversity and we reject any cowardly attempts to divide us.”

The victim was hospitalised with a swollen eye and was treated for cuts to his forehead and his severed fingertip.

Anyone with information is advised to DM NYPD News’ Twitter or to call 800-577-TIPS.

In other news, a Thai woman was robbed and punched in the face whilst aboard the San Francisco BART.

The individual then told the victim to “go back to your country” before repeatedly punching him in his face and biting the victim’s two fingers causing the middle finger tip to be severed. Have any info? DM @NYPDTips or call them at 800-577-TIPS. All calls are anonymous. pic.twitter.com/PYsMZG9bdf