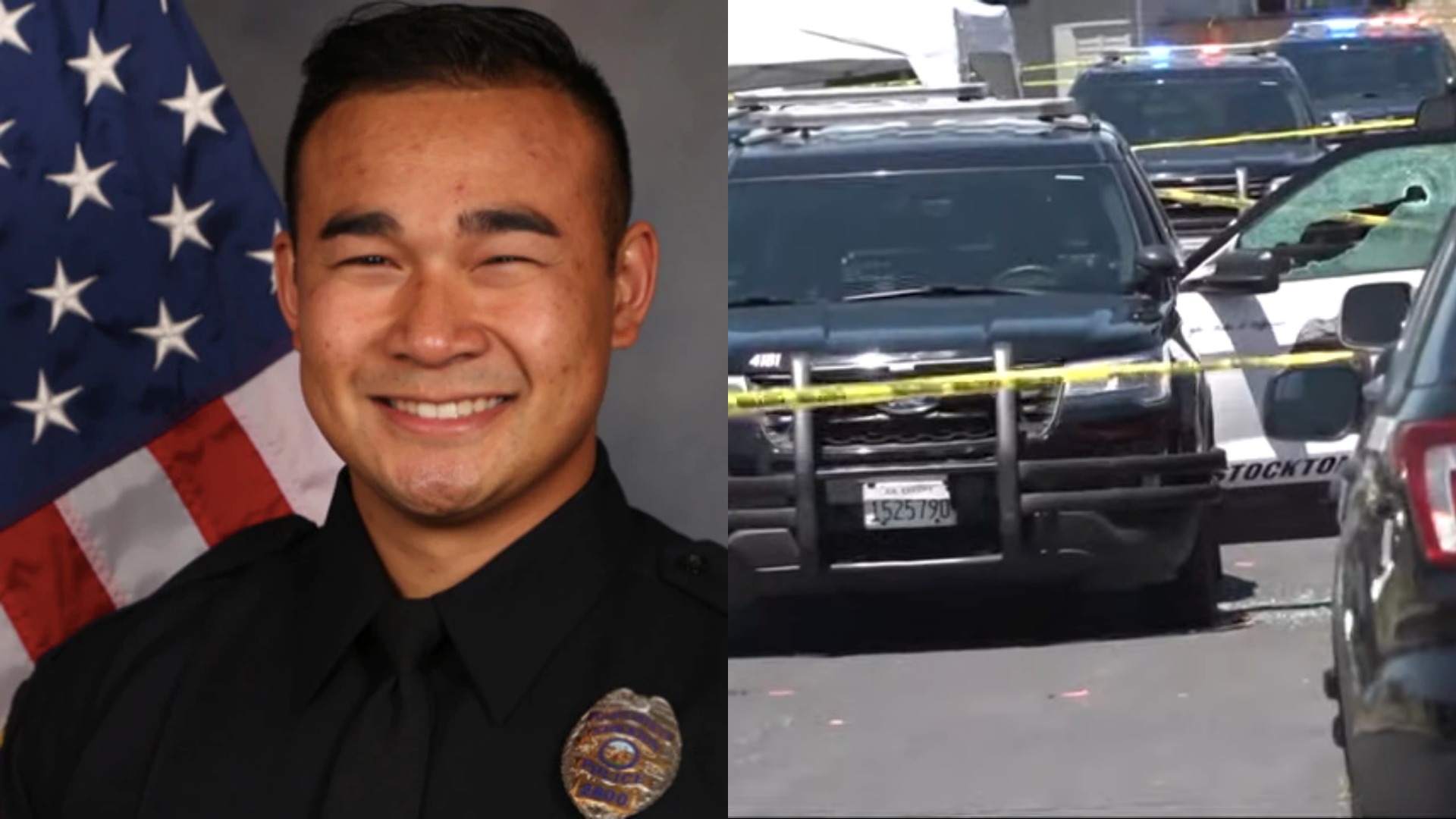 After shooting Officer Jimmy Inn, the suspect was seen strangling an 8-year-old boy

An Asian police officer was shot and killed whilst responding to a domestic violence incident in Stockton, California.

30-year-old Jimmy Inn had been responding to a dispatch call received at 9:45am. The caller heard screaming and saw a woman wearing a ripped shirt with blood.

Inn arrived at the home at 10:07am and was shot in front of the home by a male suspect.

“It was a violent, blatant and very sudden assault on our police officer,” Stockton Police Chief Eric Jones said.

A second unnamed officer exchanged gunfire with the suspect, who went back in to the home. The suspect then returned holding an 8-year-old boy.

He then began strangling the boy but the officer opened fire as a bystander tackled the suspect.

The unnamed suspect later died in hospital. His relationship with the woman and the child has not been stated.

Inn had served with the Stockton Police Department for six years and is survived by his wife, 7-month old son, 12-year-old stepdaughter and 14-year-old stepson.

In other news, a group of Asian San Francisco senior citizens has created a dance and rap to combat anti-Asian hate.