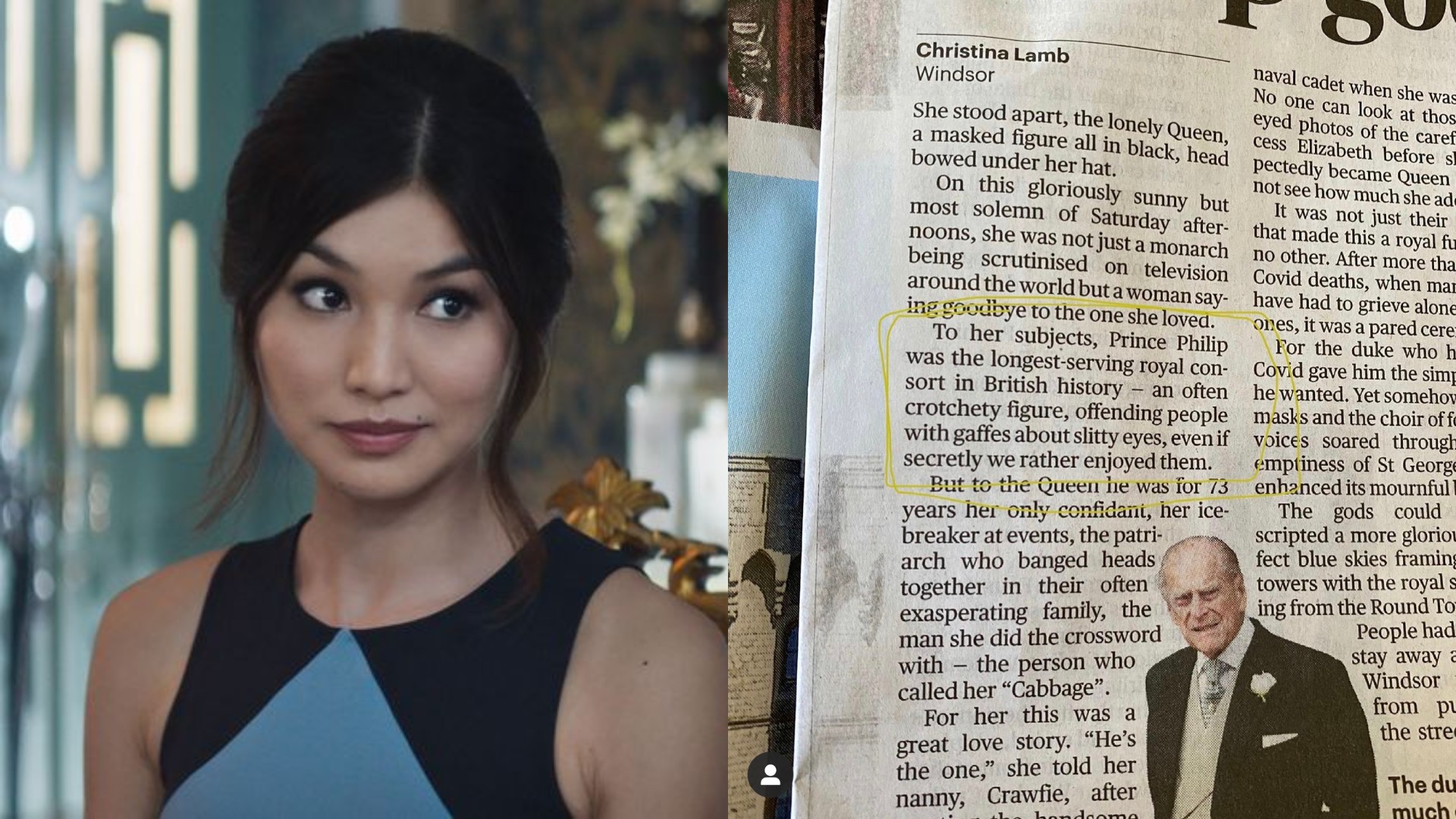 Gemma Chan has demanded an apology from The Times for an article about Prince Philip containing racist language.

The British newspaper published a front-page tribute to the late Prince one day after his funeral.

Chief Correspondent Christina Lamb wrote: “To her subjects, Prince Philip was the longest-serving consort in British history — an often crotchety figure, offending people with gaffes about slitty eyes, even if secretly we rather enjoyed them.”

Lamb had referred to racist comments made by the Prince during a visit to China in 1986 in which he told a British student that”you’ll go home with slitty eyes” if he stayed much longer.

On Instagram, the Chan called out the paper and demanded an apology.

“Front page of @thetimes yesterday,” the Crazy Rich Asians star wrote in a post displaying a photo of the article. “The fact that this was written by a journalist who should know better, approved by editors and sent to print.”

“To trivialise casual racism in the most widely read Sunday broadsheet at a point when the Asian diaspora is experiencing a surge of attacks is deeply irresponsible. We need more people of colour in newsrooms.”

Chan urged her followers to sign a petition, which calls for an apology from The Times and a retraction.

The Sunday Times’ editor Emma Tucker has since issued an apology on behalf of the paper, stating it “apologises for the offence caused” by the piece.

“This so-called ‘gaffe’ made by Prince Philip was a well-known aspect of his life story. The Sunday Times did not intend to condone it,” she said. “It was noted by us on Saturday night that the sentence was offensive and it was not published in digital editions.

“Christina Lamb has spent her whole career reporting on discrimination and injustices against people in every part of the world and never intended to make light of his remark in any way.”

“The assertion that people would have “enjoyed” the comment was criticised by be.sean, an organisation working “to tackle negative stereotypes and to promote positive media representation of East Asian and South East Asian (ESEA) people in the UK”.

In related news, the British Chinese actress is producing a podcast and film about the Vincent Chin’s murder.