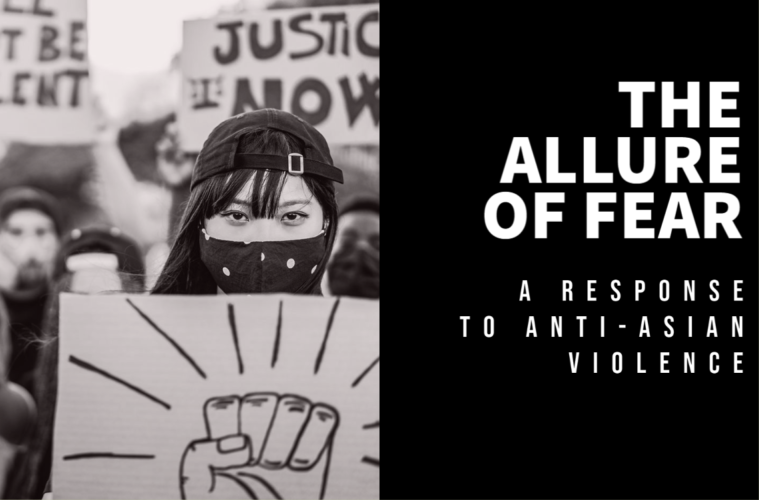 FEATURE: The Allure of Fear – a response to anti-Asian violence amid the Coronavirus pandemic

“We shall never be cured of fear by escapism or repression, for the more we attempt to ignore and repress our fears, the more we multiply our inner conflicts” - Martin Luther King Jr, A Gift of Love

These are but a few headlines which have graced our feeds for the past year, and for those from ESEA backgrounds, how do you genuinely feel reading these words?

I’m not in the business of trying to invoke negativity or to trigger personal anxieties, but instead, I want to wade past this initial discomfort to raise a genuine discussion about fear. 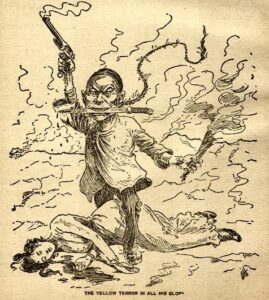 These headlines, and of course, these recent atrocities, have been invading our social media spaces for a while, and they often come punctuated with some moronic and racist commentary usually premised on this illogical idea that simply being seen as Chinese is equivocal to being the world’s Hollywood villain.

In that if you are racialised as Chinese, you live incompatibly with societies norms and traditions and we therefore deserve this hate; as if we’re genetically destined to hate Uighur Muslims, to not respect Hong Kong’s right to self-determine, or that we actually enjoy eating all manner of wildlife.

Like these are issues of biology and genetic coding, and not of politics and society.

Of course, such hateful rhetoric is usually dotted amidst the majority discourse of public empathy which denounces violent attacks and racial ignorance. And luckily, compassion and understanding seems to still be the overarching sentiment in all corners of civil life.

There is of course context behind these headlines but the words themselves have power. They can make us feel like we’re experiencing a tonal shift in a certain brand of racism to which there a push to stoke fear of us as the “other”. 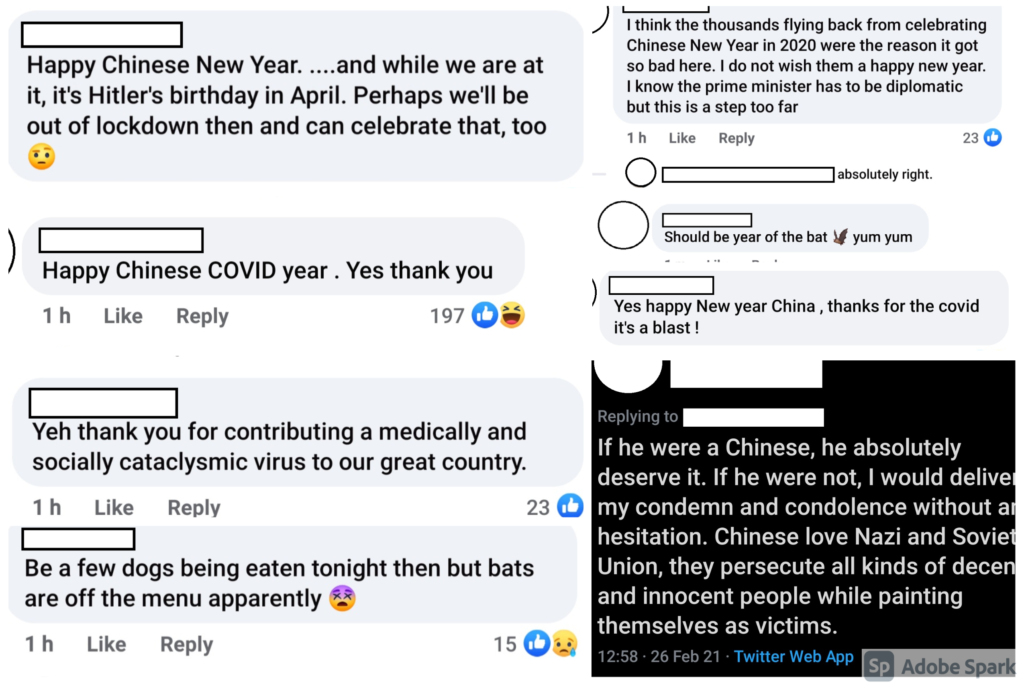 Now we in the UK are looking forward to being released from our national lockdown. To go forth with our ambitious plans to laze about in the summer sun with friends, cheering each other on with frosty cold pints and tales of personal quarantine. However, I’ve come to understand that there are those within my own community who do not share in that enthusiasm to start wandering the streets again. Instead, they fear it.

I include myself within this category. When confronted with these headlines, I catch myself in a sequence of compounding emotions. Fear into anger, anger into frustration, frustration into helplessness and helplessness into apathy. At times, I don’t know how to feel, but I do recognise that as a fully grown adult, in seeing these headlines and reading these stories, together with the hateful rhetoric spewed online, it is only human to be scared for myself and for my family.

When we find ourselves doing a double take to discuss whether my elderly father should walk the dog alone, or if we now have to shop in pairs for fear of being attacked; it does feels like the racism that we are used to, has now morphed into something bigger.

And I’ll be honest. I like to think of myself as a “tough guy”, wherein strands of my masculinity are premised on this false notion that I can defend myself and my loved ones with nothing but my bare hands and quick wit, much like the Hong Kong action heroes before me. But I am human, and when I read these headlines, my chest tightens, my muscles freeze, and my vision narrows.

My body is in flight. My action star persona is of course a fantasy and the sometimes-maddening logic which adds to this, is wondering if public empathy in denouncing racism will continue to prevail in this world of alternative facts and fake news, especially when some in the political and social space cannot for the life of them, disconnect one’s ethnicity from ideology or politics.

That feeling of individual powerlessness is omnipresent as these often louder and more aggressive voices dominate our social media spaces. That fear comes to us from doom scrolling our feeds to find all too familiar comments that hold contradictions about racism and prejudice, such as “when I say I hate the Chinese, I mean the CCP”.

Like the intricacies of geo-politics will even matter to the common racists who only see an Asian face in front of them.

From all this, I paint myself a dreary picture of how society will see me from this point forward. When one is already cognizant of being the only Asian face in a crowd, is it any wonder that we are more hesitant to maybe go out to a club and then be the only Asian face amongst drunken revellers.

But as I fear being targeted on the streets for how my face looks, I do understand that fear is also the subtext in which racism and ignorance is built.

For example, when former President Trump, as the (ex) leader of the free world proclaims that a zoonotic virus which has killed over 2.5 million people and has left many economic systems in financial jeopardy, is the Chinese Virus; what is usually healthy and proper is to think that its racist, or in the very least, improper to inextricably tie a whole ethnic group to a naturally occurring virus.

What is ideally normal is that wider society should consider this statement completely outrageous for any politician to utter. However, we know that this statement has been parroted, repeated, and used as justification to stoke fear. Fear is something which can shape what is “ideally normal” and when attitudes towards inconceivable behaviour is left to fester and grow, it becomes ordinary.

“These actions are not simply regarded as more typical; they are coming to be seen as more normal. As a result, they will come to be seen as less bad and hence, less worthy of courage”

When fear of the Chinese is continually amplified, then the consequences of this for anyone with an East and South-East Asian face is something we see playing out in front of us now. That fear of being attacked can paralyse me, and that fear of being supplanted, could drive one to hurt another. Fear breeds a reaction. Reactions of which can be destructive and it’s not something we can downplay or dismiss.

Franklin D Roosevelt famously said, “the only thing we have to fear is fear itself”. While I understand the metaphor behind this statement, it is an oversimplification of the drive and energy of fear.

It is understood that fear can manifest both positively and negatively.

Fear is not inherently a bad thing. Healthy fear compels us to be cautious, to be mindful of ourselves and our safety. We are motivated in this sense to come together and protect each other.

But normalising fear works both ways. I have also seen on social media, comments from ESEA people and social agitators who take this opportunity to augment distrust between our communities and the black community. To make ordinary some historical elements that have driven our two communities apart. 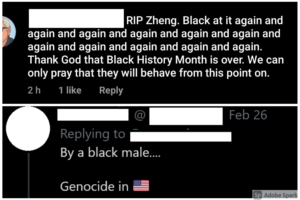 Those specific sections of us look to normalise this long entrenched, cultural norm we hold in our own societies of being anti-black and those people would love to revel in the imagery of some far-flung race war.

While it is true that the perpetrators in some of the more recent high-profile cases in the US have been black, we do not yet know if those crimes were specifically racially motivated. And to not play into a narrative of fear, it is important to get this right as to not add further animus between any of our communities.

All that serves is to again normalise an abnormal fear and beget hatred.

“Incorrect use of “hate crime” labelling can have a negative impact on either side, on reinforcing the vicious stereotype of the natural Black inclinations for crime and that we’re thugs….and on the other hand, alerting Asian communities or heightening their awareness about their safety and security may be sending a false signal that there is a non-existent attempt on the part of some Black communities to target Asian brothers and sisters.”

This is not to discount the experiences that our Asian community has with racism and prejudice, especially now in the era of COVID. And as Dyson also says, we shouldn’t have to feel like our concerns are invalid in comparison to other communities. This fear we are feeling is natural and human, and even if these crimes turn out to be racially motivated (we know some of them are), it must still be recognised that these headlines serve to normalise an abnormal fear which can drives us to react destructively.

History has shown that marginalized communities can be manipulated by higher powers in sprinkling in a dose of fear toward the other. The old doctrine of divide and conquer as means to deflect attention away from the prevailing structural issues at hand.  But the more we are divided, the more we are conquered.

To combat fear, we need courage, and we need allies. 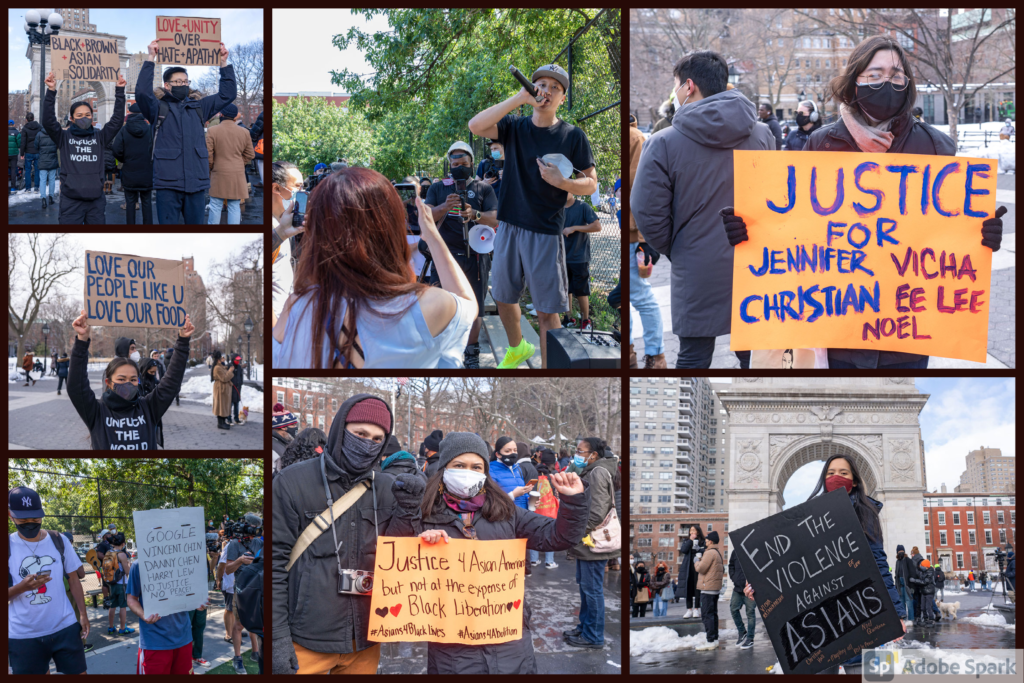 “Courage is an inner resolution to go forward in spite of obstacles and frightening situations; cowardice is a submissive surrender to circumstance”

What courage do we then need to counter the fear of being attacked? I do not speak for those people who are driven to react by their fear of the other, but I can speak for myself and hopefully, my own community. I am saying that we must have the courage to see past our individual fears and refute any hateful rhetoric that serves to divide us.  We must find courage to harness normal and collective fears as the common human element which binds us all.

We need allies for this. And we have allies in other communities who stand in solidarity with us.

Of course, we fear being attacked. That is only human, and we can look to both the Muslim and Black community who have also experienced this fear for decades.

We all fear being further marginalised and othered. To not have our experiences considered. To being rendered voiceless and having to prove that we have a stake in society. So stand in solidarity with any marginalised group who need help amplifying their voices.

We in our own communities must have the courage to confront the fears which have helped normalise the prejudices we hold within.

Why do we fear dark skin?

Why do we fear rocking the boat?

Why do we fear failure?

Is a return to “normality” a return to a time when it “just wasn’t that bad” and our elders weren’t being attacked on the streets indiscriminately? Is that acceptable for us?

If not, then why do we then fear progress?

Or, to word these questions differently, we ask, where do I find the courage to overcome these fears?

How do we normalise courage?

“Fear is mastered through love”

So do not be fearful. Be courageous and join in the cause of countering hate that allows us all to progress. 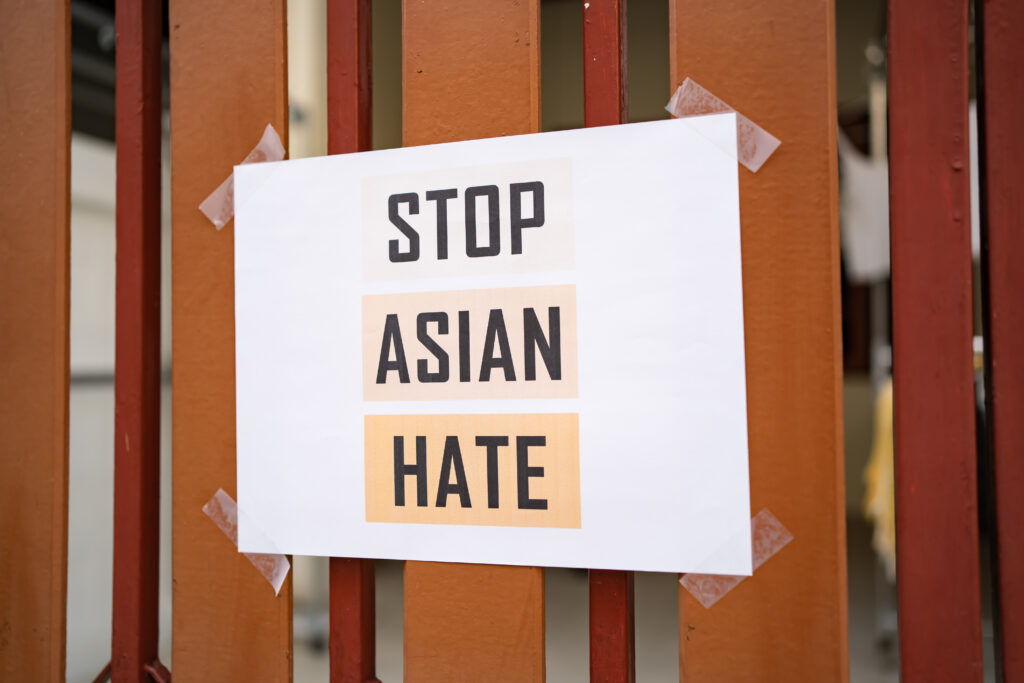