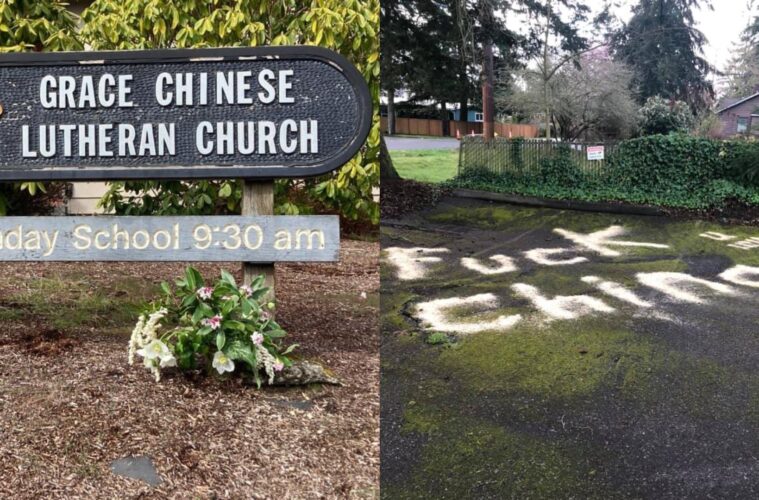 “This place has been targeted over four, five times, and it’s terrible"

Racist anti-Asian messages were left outside two churches in Seattle.

The incident occurred in Seattle’s Pinehurst neighborhood. Using straw or hay, “Fuck China” and “You will pay” were displayed in the International Full Gospel Fellowship (IFGF) Church parking lot.

It was the fourth time the church had been targeted, according to a friend of the IFGF pastor.

Another similar message was also left in the parking lot of Grace Chinese Lutheran Church.

“I think it’s really inappropriate and racist. And it’s not founded because we’ve all been going through this pandemic globally,” said Adriana Vega-Harris, who lives in the neighborhood.

“You don’t do this. This is a school, this is where children live,” said Richard Watanade, who said he is half-Japanese, half-Native American.

“My dad was put in an internment camp in World War II. I know about racism since I was a young kid,” Watanade said.

Watanade said he saw a small group of people making the messages overnight. “This place has been targeted over four, five times, and it’s terrible,” he said.

Yann is now taking precautions such as travelling with people and going by car rather than walking.

The Bias Crimes Unit will be investigating.

In other news, eight women have been shot and killed at three massage parlours in Atlanta.