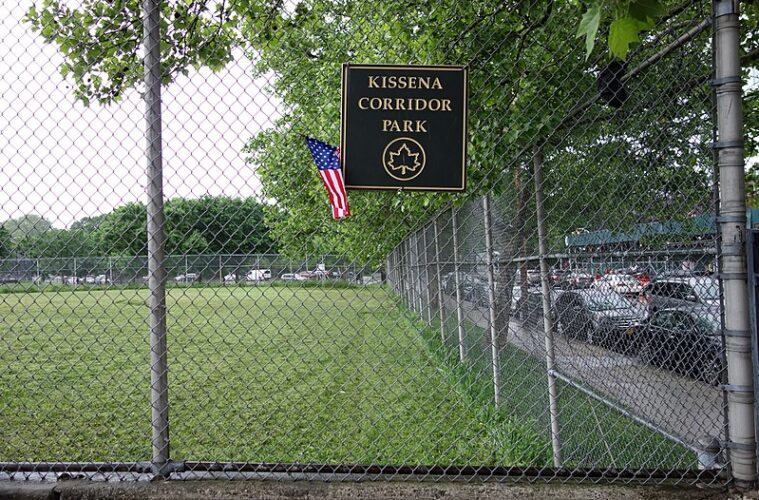 An Asian American mother was spit at three times whilst holding her baby and was called “Chinese virus”.

The incident occurred on Tuesday morning at around 1030am-1130 am at Kissena Corridor Park in Fresh Meadows, Queens.

According to the 25-year-old mother, a man spat in her direction three times before calling ing her “Chinese virus”. The term has been regarded as a racist slur, linked to the Coronavirus.

The nearby Korean Community Services Center, said such incidents are on the rise.

“I’m not surprised, to be honest. We’ve been hearing about a lot more of these incidents happening in broad daylight,” the center’s Linda Lee said.

“The community doesn’t feel safe at all. A lot of the seniors that we serve, they tend to be tough. Korean grandmothers, for example, tend to be very tough, have a very tough front and exterior, but at the end of the day these attacks, if they were to happen to some of our seniors, they’re not going to be able to defend themselves,” Lee said.

“It is yet another incident here in New York City. Across the country, we are just hearing about these incidents all the time,” Rep. Grace Meng said.

“This week the weather is really nice and I was thinking maybe I’ll take my kids to the park, but now I’m having second thoughts myself,” Meng said.

The incident follows a series of attacks on Asian people in the city. Most recently a Hong Kong truck driver was beaten and left for dead during a restaurant delivery in New York.

Meanwhile, the suspect who stabbed an Asian man in Manhattan Chinatown will not be facing hate crime charges. “If he dies, I don’t give a fuck,” the suspect reportedly said of his victim.

The suspect is described as a man in his 30s, about 200 pounds, 5’5″ tall.  NYPD’s Asian Hate crimes Task Force is investigating the attack as a possible hate crime.

In other news, the suspect involved in the attack that left a 75-year-old Asian man brain dead has been identified as a criminal who was already on probation.