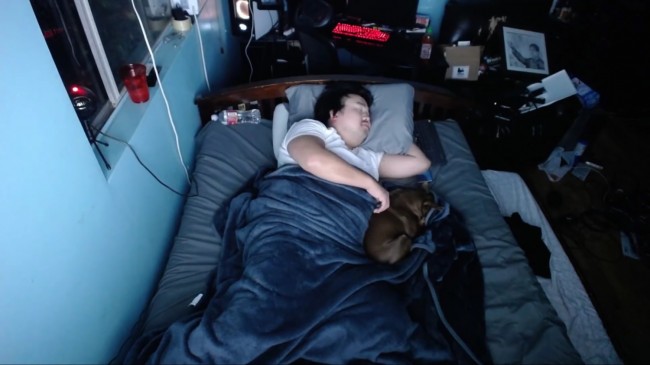 A Twitch streamer has made $16,000 by allowing his viewers to watch him sleep for 7 hours.

Asian Andy, whose real name is Steven, earned the money by streaming his sleep whilst allowing viewers to send in audio clips to disturb him.

Fans were enthused by the challenge of trying to wake him up through a variety of sounds.

The LA based 26-year-old who was born in Vietnam first gained popularity by ‘stream sniping’ Ice Poseidon in 2017.

Andy began creating his own vlogs and live-streams, which mainly consist of him doing everyday activities.

As an Uber driver himself, one of his most popular videos involve viewers sending text-to-speech clips that his passengers would also hear.

Following his lucrative sleep, Andy thanked his fans and viewers.

In other news, two elderly Asian women were assaulted in separate attacks on the New York City subway.