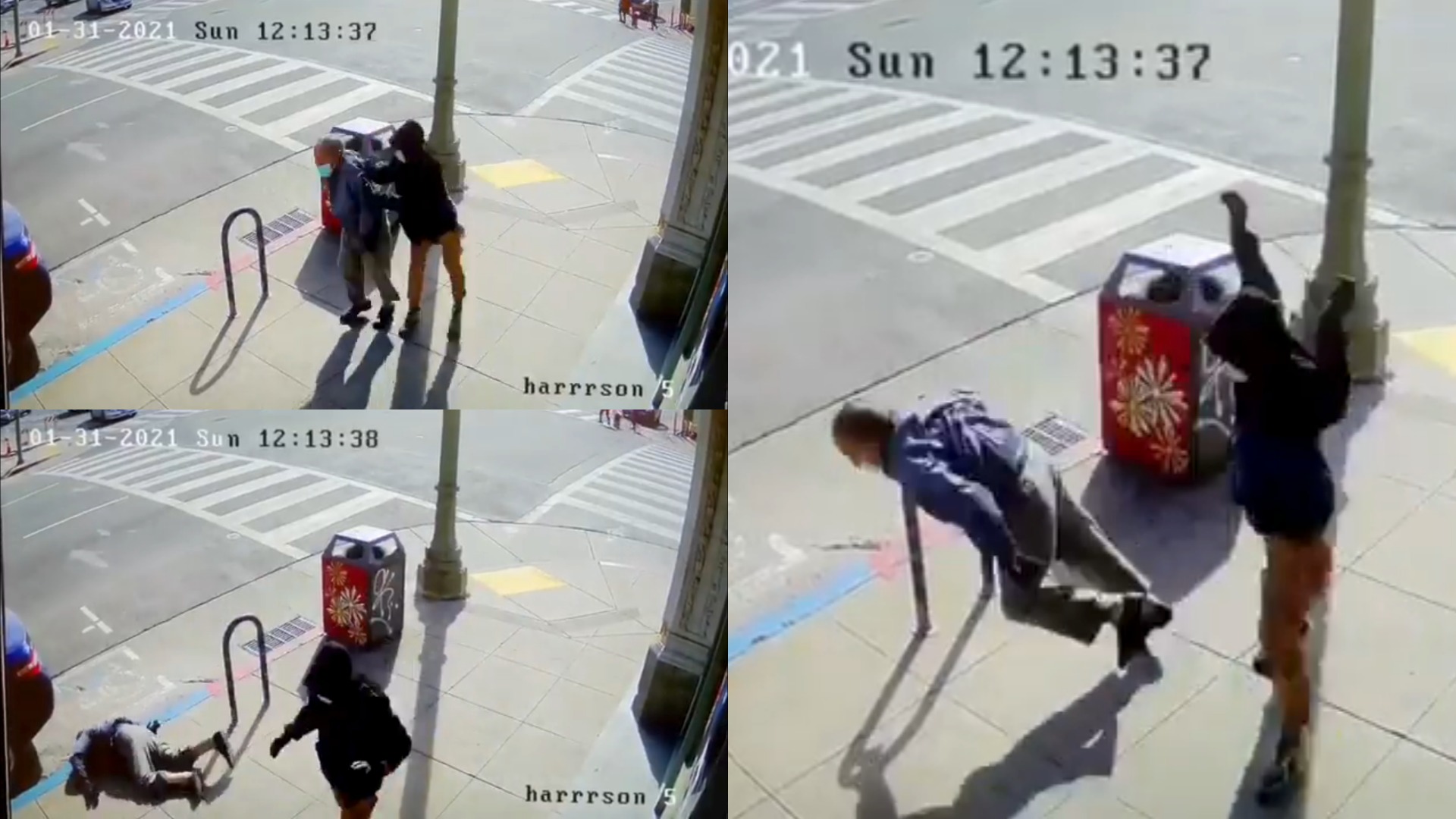 A 91-year-old man was violently pushed to the ground in Oakland’s Chinatown.

Harrowing video footage shows the elderly man walking by himself when an unidentified assailant rushes up to him and pushes him down.

As the man falls face first to the ground, his attacker takes off.

The incident occurred outside the Asian Resource Centre.

Oakland Police Department said the suspect went on to attack other elderly people.

“The suspect then approached a 60-year-old man and 55-year-old woman from behind that were also walking in the 800 block of Harrison Street,” police said.

“The suspect pushed both victims to the ground, resulting in the woman losing consciousness. The man also suffered injury. Both victims were treated at a local hospital for their injuries.”

Carl Chan, president of the Chinatown Chamber of Commerce, said the area is under attack.

Over 20 incidents of attacks on small businesses, owners and customers were reported.

“They appear to be more violent, for whatever reason and that’s why we need to stop this now,” Captain Bobby Hookfin with the Oakland Police Department said at a press conference held by Chan on Wednesday.

“I want to start by apologizing to the victims of these heinous crimes,” said Oakland Mayor Libby Schaaf.

The Mayor criticised the Oakland City Council for cutting the city’s police budget by as much as 50 percent.

“I have not forgotten, that this last summer, they brought a proposal to cut $25 million from the Oakland police department as a political statement, not because of operational or financial need,” said Schaaf.

In similar news, an elderly Thai man was knocked down and killed by a teenager in San Francisco.

⚠️ WARNING: this video is hard to watch. Another shocking attack in Oakland’s Chinatown. 8th and Harrison Streets. Outside the Asian Resource Center.