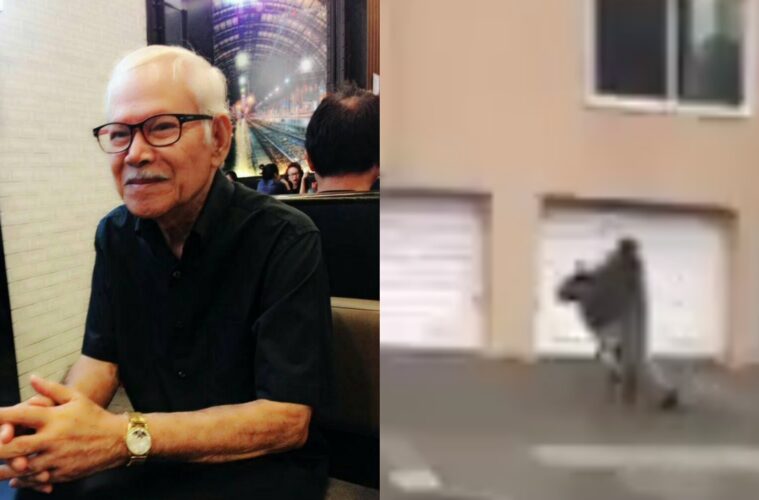 “Racism has once again proven deadly"

An elderly Thai man was knocked down and killed by a teenager in San Francisco.

In an unprovoked attack, Antoine Watson, 19, charged at Vichar Ratanapakdee, 84, on Thursday during the senior’s morning walk.

Video footage shows the teen running at Ratanapakdee and pushing him over, knocking him to the ground. Ratanpakdee’s head appears to hit the garage door behind him as he falls.

As Ratanapakdee’s hat flies off due to the Watson’s sheer force, the cowardly assailant runs away.

Watson was arrested for assault with a deadly weapon and elder abuse. His assailant Maylasia Goo, 20, was also arrested on suspicion of being an accessory to the attack.

Ratanapakde was rushed to hospital but died two days later.

His family believe the attack was a racist hate crime.

Eric Lawson, Ratanapakde’s nephew, wrote in a crowdfund appeal for his uncle’s funeral that it was a “COVID-19 fueled anti-Asian racism.”

“Our family has endured multiple verbal Anti-Asian attacks since the beginning of the pandemic, this time it was fatal,” he wrote.

“Racism has once again proven deadly. Anti-Asian racism has become a very serious danger to all Asian Americans, particularly in San Francisco. It’s time the authorities took serious action to combat it.”

Ratanapakde had moved from Songkhla, Thailand to San Francisco to help to look after his grandchildren.

“Now that Mr.Vichar Ratanapakdee has died of his injuries, prosecution for this murderous hate crime is the only path to justice and community safety,” Lawson added.

SFPD are asking other witnesses to come forward and to call 575-4444.

In other news, An Oregan bar has drawn criticism for using racist signs and for mocking a customer with a racist accent.

HORRIFYING: 84-year old man was assaulted at Anzavista & Fortuna Thurs & passed away yesterday. Nearby homeowner says she is scared to death.