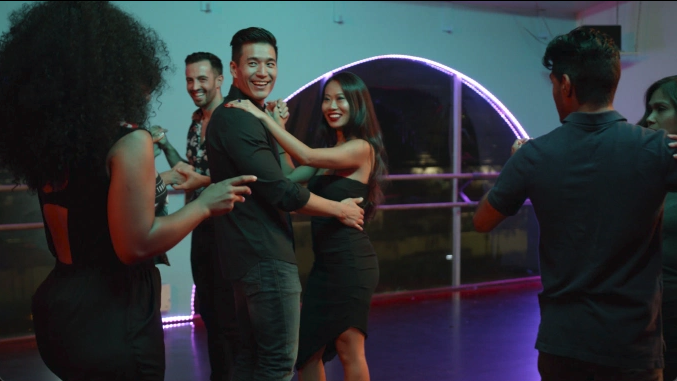 Bling Empire, which premieres on 15 January, the eight-part series is based in Beverly Hills and follows the group spending their time at extravagant parties, lavish spending sprees and on luxurious holidays.

“While their days and nights are filled with fabulous parties and expensive shopping sprees, don’t let the glitz and glamour fool you,” the Netflix description teases.

“Between running multi-billion dollar businesses and traveling the world, these friends are as good at keeping secrets as they are at spilling them. And there is certainly no shortage of secrets.”

Krieder describes his eclectic group of friends as “kooky.”

“My friends, they’re a little kooky but they mean well,” he says. “They have the whole world at their disposal, and I’m just like, ‘Oh my God — this is real.'”

Chiu, who founded Beverly Hills Plastic Surgery with husband Dr. Gabriel Chiu, establishes her ties to royalty in the trailer.

“In China, my husband’s father would be an emperor and baby G would be a little prince,” she says.

In other news, Cobra Kai star Tamlyn Tomita has asked for more Filipino nurses to be represented on TV.