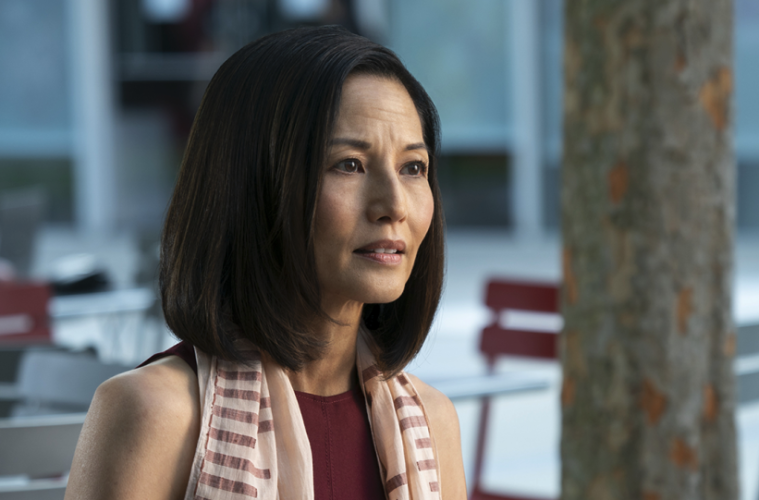 Cobra Kai star Tamlyn Tomita has asked for more Filipino nurses to be represented on TV.

Tomita reprised her role as Kumiko from 1986’s The Karate Kid Part II on the third season of the Netflix series.

“But the only caveat is that because I’m older, because I’m a little bit more knowledgeable and I’m going to fight for it anyway — I need to be able to inject a truer picture of Okinawa,” she said about her role.

“I’m so lucky, because I have the ability and the privilege and the luxury to say no. If they’re not, I’m not going to be saddled with another interpretation of what Okinawa is.”

“It was that important to me to bring three pieces of luggage with Okinawan artifacts and art that could color the world and the sets that I was on, to reflect what it means to be Okinawan. And I have to give credit to the Okinawa Association of America in Gardena,” she said.

Tomita then revealed that she has been fighting for more Filipino representation in Hollywood.

“Another thing that I continue to fight for especially during this pandemic time is the representation of Filipino nurses on medical dramas throughout the decades of American television,” she said.

“I fought for a Filipino nurse regular on The Good Doctor in the writers room for all three years. But shooting in Canada, there’s not a lot of opportunity for persons of Filipino heritage. It’s something that I’m always very cognizant of. Where are the Filipino nurses? Whether they’re Filipino born or American born, that’s what’s been missing in a lot of the storytelling of American television,” she added.

“I’m there to be the cheerleader, to be the amplifier, to be the spotlight focus person to say, these stories exist. And outside my own personal heritages there are so many stories out there that I’ve had the opportunity to tell. I’ve played Vietnamese, I’ve played Hmong, but I know there are actors out there of those ethnicities who could have played them more authentically and more truthfully,” she said.

“Because I didn’t know that during ‘Karate Kid II.’ I didn’t ask anybody. But [have] the courage to say, ‘Can we do this? Because it’s a beautiful part of my culture and being an American I’d like to introduce the whole world to this. That’s what I’d like to convey.’ We have more power than we think we do,” she said.

In other film news, Kim’s Convenience star Simu Liu has donated a Playstation 5 and $1000 to a family who lost their mother to cancer.