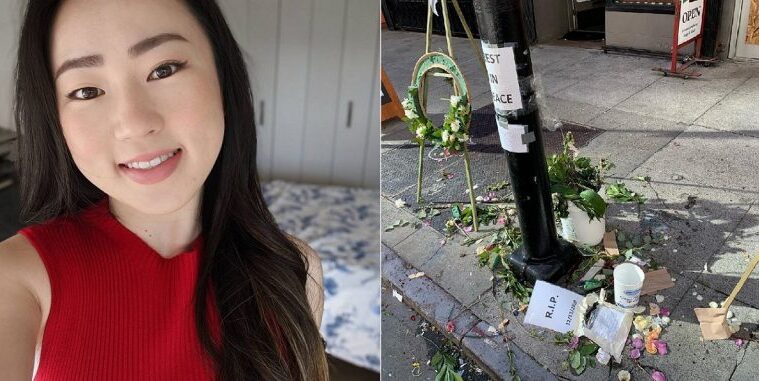 A hit-and-run victim’s memorial in San Francisco has been repeatedly vandalised.

27-year-old Hanako Abe was hit and killed by a car stolen by 45-year-old Troy McAlister on New Years Eve.

Two weeks later, the street-side memorial left for the Japanese woman has been vandalised.

Flowers were ripped from two wreaths whilst letters addressed to Abe were crumpled. Litter was also left by the memorial.

“I’m just overwhelmed and shocked by how someone could do something like this at such a time,” said close friend Jason.

“Some level of mutual respect between human beings, which is severely lacking in the city, needs to be addressed. We all need to be kinder to each other and respectful to people we don’t know,” he said.

“The issue is more complicated than we can even imagine but we need to figure out what to do to improve.”

Abe had moved from Fukushima to San Francisco in 2018, to pursue her dream as a data engineer after studying at the University of Central Arkansas.

“Everybody see the flower and just drop them to the floor. When I see it I go fix it because I want to make sure it’s good,” an anonymous woman said.

A proposal created by Abe’s friends is attempting to re-name a smaller street nearby to ‘Hana Abe Way’.

Abe’s friends also created a GoFundMe to support her family and send her body back to Japan, as well as covering the funeral costs.