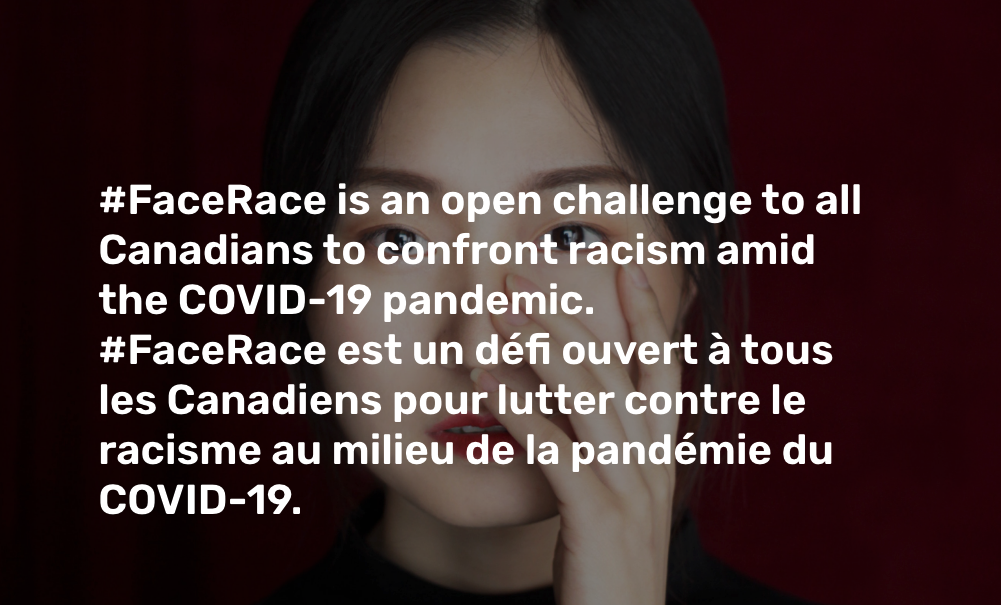 “Victims become more knowledgeable about racism than perpetrators ever will"

An online forum is fighting back against racism towards Chinese Canadians amid the Coronavirus pandemic.

#FaceRace Campaign is an online resource tool in which experiences of racism can be shared.

He recalled one instance in which he was waiting in the medical office when a white woman walked in wither her son and said to him, “You guys, you front-line workers are so brave. You never know who will walk in here.”

#FaceRace provides tips on what to do when faced with racism such as “staying calm” and responding to racist comments with, “like you, I’m also stressed and hurting from this virus — but your racism is making it worse, for all of us” and “most Canadians aren’t racist. What’s your excuse?”

The Chinese Canadian National Council for Social Justice (CCNC-SJ),the Chinese and Southeast Asian Legal Clinic (CSALC) and other Canadian organizations have partnered with campaign, which is funded by the Government of Canada.

“I felt ashamed because we have these vaunted values of multiculturalism, diversity and appreciation for each other and yet the first reaction in Canada — likely out of fear — was racist blaming of Chinese (people),” Lee said.

“Victims become more knowledgeable about racism than perpetrators ever will because the victims have to process what happened, think about it and figure out what to do about it.

“They have to speak out about it. Even if that means talking to a friend, they’re on the pathway to putting their victimhood behind them.”

In other news, 1 in 4 young Asian Americans has experienced racist bullying.