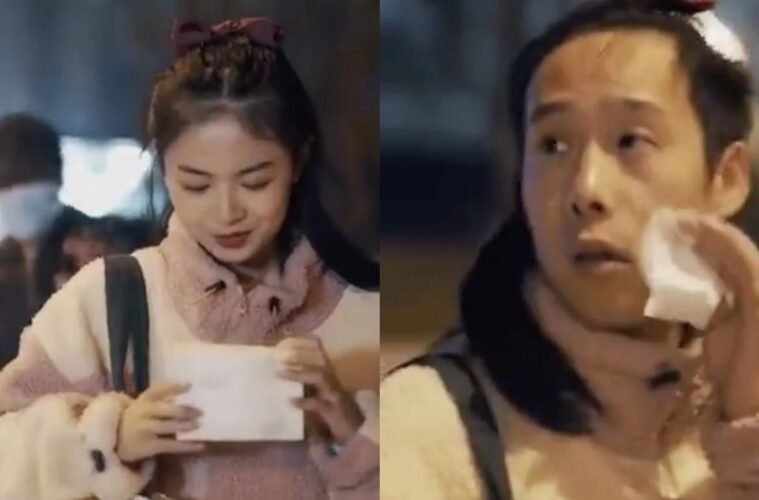 "With the feminist movement [in China] becoming stronger, more women are brave enough to speak up"

A Chinese company’s video advertisement for women’s make-up remover has been pulled after claims of victim blaming.

In the clip, a woman is seen being followed by a suspicious looking man. She then takes out a box of make-up remover wipes as the man reaches out and touches her shoulder.

The woman then turns around, wiping her face to show make-up free appearance to “scare off” the attacker. Disgusted, the assailant flees.

Internet users were outraged by the ad, condemning the company for victim-shaming by insinuating they were responsible for the attacks by using make up.

Some highlighted how the ad suggested that without make-up, women cannot be attractive to men.

“How can you make fun of a woman being followed late at night?” wrote one user on Weibo, China’s Twitter.

“The woman is not at fault here, it’s the offender who wants to commit a crime,” another said.

“[It’s] stuffed with prejudice, malice, and ignorance,” a spokesperson wrote on social media.

Purcotton quickly pulled the advert, issuing an apology, claiming that the ad attempted to show their products’ “cleansing ability.”

“We have allowed a video that did not follow our values to go online. We let you down and hurt your feelings. We deeply regret this and sincerely say ‘We are sorry, we were wrong’,” the company wrote.

Feminist blogger Shaoxi says the ad demonstrates how there are not enough female voices in Chinese leadership.

“In the past, we saw a lot of news where women were the victims, such as #MeToo cases, with lots of comments shaming women. Many commentators didn’t even know the concept of ‘victim blaming’,” Shaoxi said.

However, she added that the feminist movement is increasing its presence in China and is being heard.

“In the past, women weren’t accustomed to speaking up on public and social issues, and they don’t necessarily always have support,” she said. “Now with the feminist movement [in China] becoming stronger, more women are brave enough to speak up.”

“We have all had enough of victim blaming.”

In other news, a Chinese PhD student was one of three killed in a shooting in Chicago.