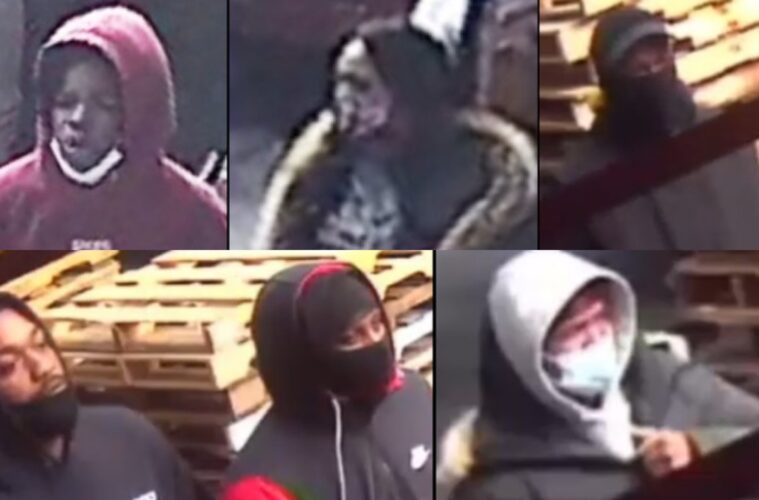 A 26-year-old man was slashed whilst his cell phone, pants, underwear and shoes were stolen

Police are searching for 12 suspects who attacked a man in New York City Chinatown.

Surveillance footage shows a 26-year-old man being assaulted by the group at Canal and Allen streets at 11:30am on Saturday.

The man was slashed and had his cell phone, pants, underwear and shoes stolen.

In the video, the suspects are seen surrounding the man, kicking and jumping on him.

Using a sharp object, the man is cut by the group and was left with lacerations to his head, torso and hands.

He was taken to Bellevue Hospital in stable condition.

The attackers, who did not know the victim, had fled the scene in multiple vehicles.

Anyone with information is asked to call Crime Stoppers at 1-800-577-TIPS.

In other news, an Asian convenience store employee was shot and killed in an armed robbery in Washington.