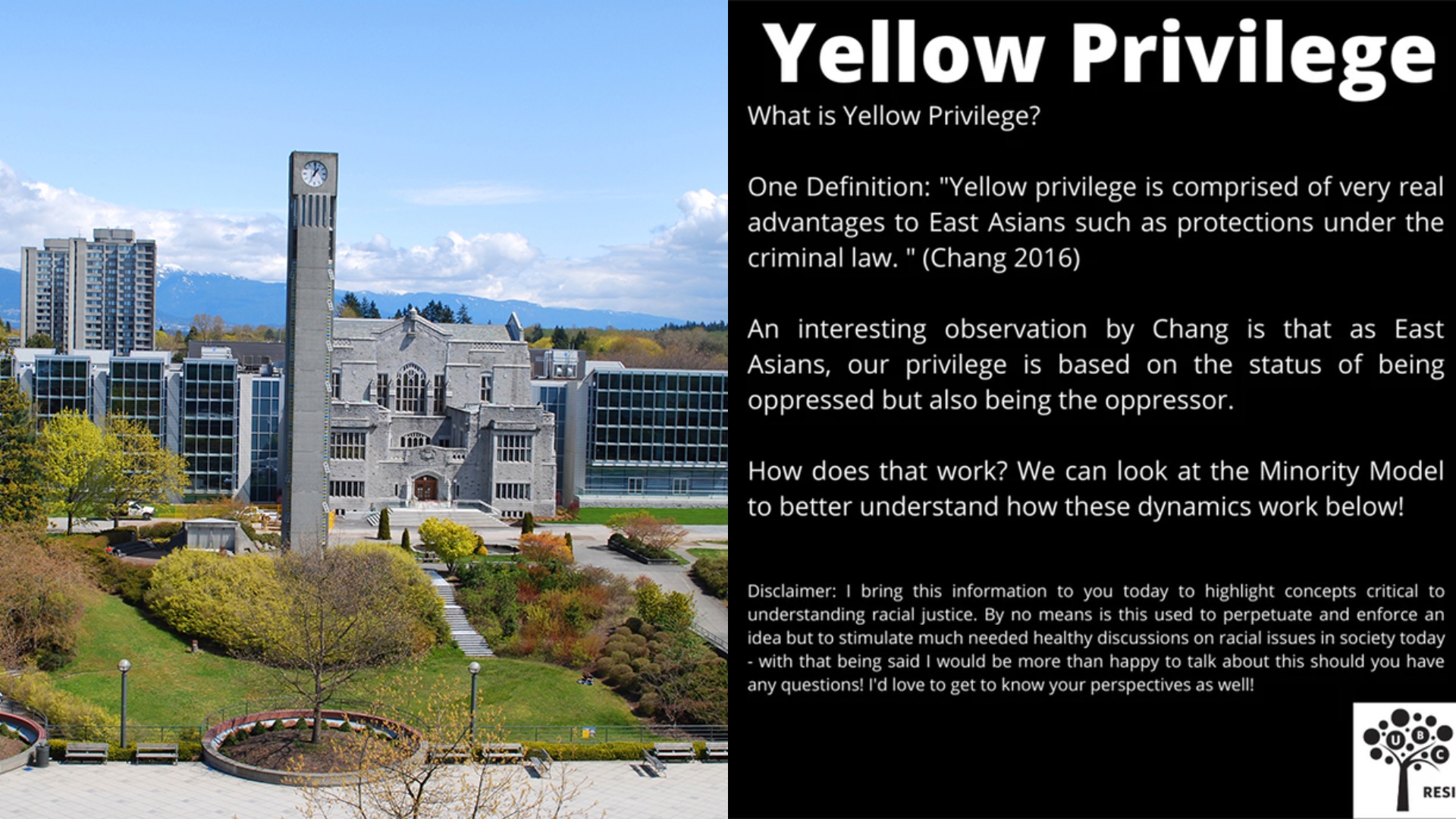 Canada.com reports that the University of British Columbia (UBC) has apologised for sending a “yellow privilege” document to students.

Titled ‘Yellow Privilege’, the document details how East Asians benefit in areas in which other PoCs do not. The document, which was sent by an unidentified residence advisor, claims East Asians receive advantages from being both the oppressor and the oppressed.

Academic research is cited as the document emphasises the ‘model minority‘ concept, claiming that Asians are considered to be “hard-working” and are “successful” from our “innate talents.”

As oppressors, the document claims that “Asian students justified the racism experience by African Americans by blaming the victims.” As the oppressed, Asians are “quiet” and “not politically active”, thereby reflecting their understanding that “Asians are subordinate to whites”.

The document was shared on Reddit, with many commenters expressing their outrage. “This is so victim blaming,” stated one commenter.

“I can understand why he wants to raise awareness towards asians being racist to black people. But sending this out during a pandemic, when Asians are getting attacked for this virus, and Asian businesses are vandalized and closed down? Let the community have a chance to recover first.”

Georgia Yee, the vice-president academic and university affairs for the UBC Alma Mater Society, responded to the document, “this (document) is completely unacceptable to see. I’m a little horrified to see this, both as a former RA and in my current role. Glad to see actions are being taken to report this incident.”

UBC has since condemned the document. A follow-up email from Sean Ryan, the associate director of student housing, was sent to 66 students.

“We sincerely apologize for this communication and its impact, in particular to members of our Asian communities,” Ryan’s email said.

“We recognize the email and its content have even greater implications in the midst of a pandemic that has spurred a climate of increased negativity towards Asian communities.”

Ryan added that the fact the email was approved “raises important questions for us about how we review RA initiatives generally.”