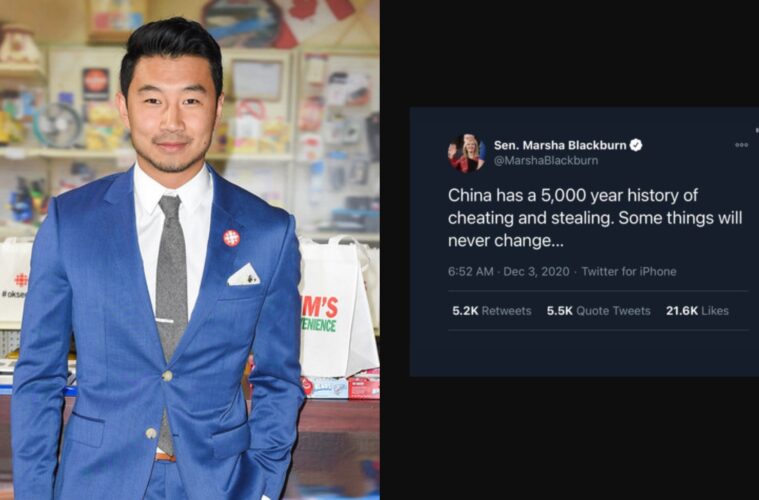 Last week, Blackburn tweeted “China has a 5,000 year history of cheating and stealing. Some things will never change.”

In response, Liu posted on Facebook criticising the Republican for her remarks.

“Fuck Marsha Blackburn and fuck the people who put her in office,” Liu wrote. “We are long overdue for a political awakening people. USE your voice and VOTE. Organize and Mobilize. Stop burying your head in the sand.”

“Representation onscreen is amazing. And we’ve been making steady progress. But it’s a piece of the puzzle. The other piece is representation at a legislative level.”

The Shang-Chi star went on to highlight how Asian demographics have made a difference in the election.

“Asian voters can be the DIFFERENCE MAKERS in Canada, the US, and Aus,” the Chinese Canadian said. “We helped turn the tide of Georgia last month!! When we start giving a shit about the power we have, we can make ripples that turn into big waves that crash all around the world.”

“Let’s start taking up space. Let’s hold our head high and be proud of who we are. It begins with owning our power and VOTING pieces of shit like Marsha Blackburn OUT.”