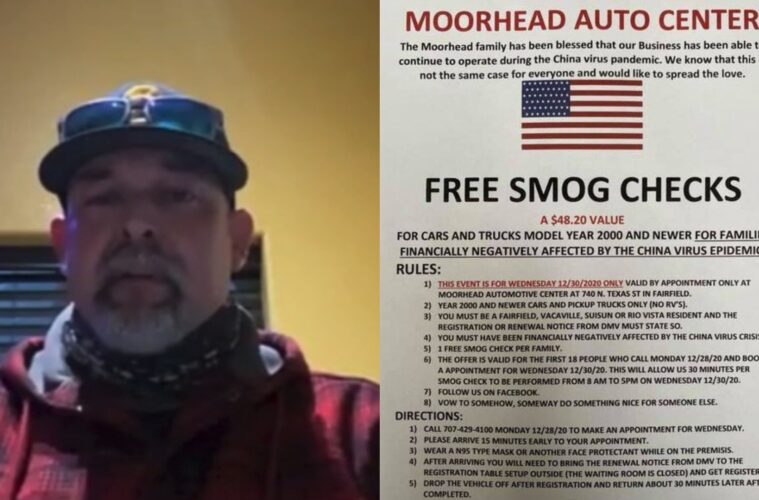 Whilst many praised the shop for helping the community, others called the store out for its racist terminology.

“Our goal was just to simply help people that could use a little help right now with nothing expected in return whatsoever,” Moorhead said.

“I put out the ad in I had had it written down as those affected by the China virus, and I didn’t never specifically said a word about any race whatsoever that that would be racist,” Moorhead stated.

He emphasised that the use of the term had no implied racist connotations.

“I did indicate the area of the world that came from, but no mention of race whatsoever because that wouldn’t be racist and I’m not a racist person, by any stretch of the imagination,” he said.

“I have very close friends of mine that are from China and they’re wonderful people.”

Moorhead went on to say that he heard the term “on the news and on the radio.”

“Probably 80% of the time now it’s called the COVID-19, or whatever,” he said. “But, I hear, even to this day and I hear China virus or other terms that I’m not going to say because there are derogatory.”

“I think the more appropriate name for it would be COVID-19, but there’s was nothing was implied about a specific race.”

In related news, a brewery in Placer County has apologized for their ‘Chinese Virus Special’ promotion but has denied it was racist.