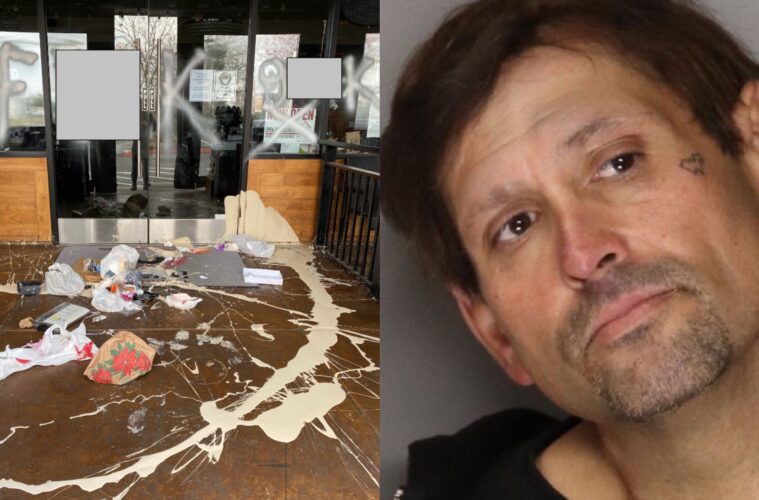 "It just terrifies you, like what kind of people could do something like that in this time of year?"

A sushi restaurant in Sacramento has been targeted with racist vandalism according to ABC10.

The incident occurred at Umai Sushi Bar in Elk Grove at 5am on Thursday.

“Gook” was spray-painted on the front windows of the business.

Police found Hansen and detained him after finding evidence related to the crime in his car.

Other items related to a previously reported burglary from a church as well as drugs were also found in his car.

Hansen was jailed and faces multiple charges including committing a hate crime.

“It just terrifies you, like what kind of people could do something like that in this time of year?” Liang said.

King, along with a dozen community members, helped Liang clean up the mess and get the business back into operation within an hour.

“The majority of their customers are white and the rural area of Elk Grove and Wilton all support Feng and love her,” Pham said.

“What happened to Umai Bar and Grill and the racist message that was used is absolutely unacceptable and will not be tolerated in our city. While police is investigating, it was very important to me to stop by the restaurant to share my empathy and support with the owners on behalf of our Elk Grove community.

I want to encourage all residents to show their support and condemn this attack by ordering your next meal from them. Let’s unite and say no to hateful attacks like this.”

“I want this community to know that crimes targeted at any demographic will not be tolerated in Elk Grove. Elk Grove will not allow the inexcusable actions of one person to tarnish the dedication this community has to fostering a climate of inclusivity, diversity, and respect.”

In other news, an elderly Asian AirBnb host was slapped in the face by by a group of racist guests in Chicago.