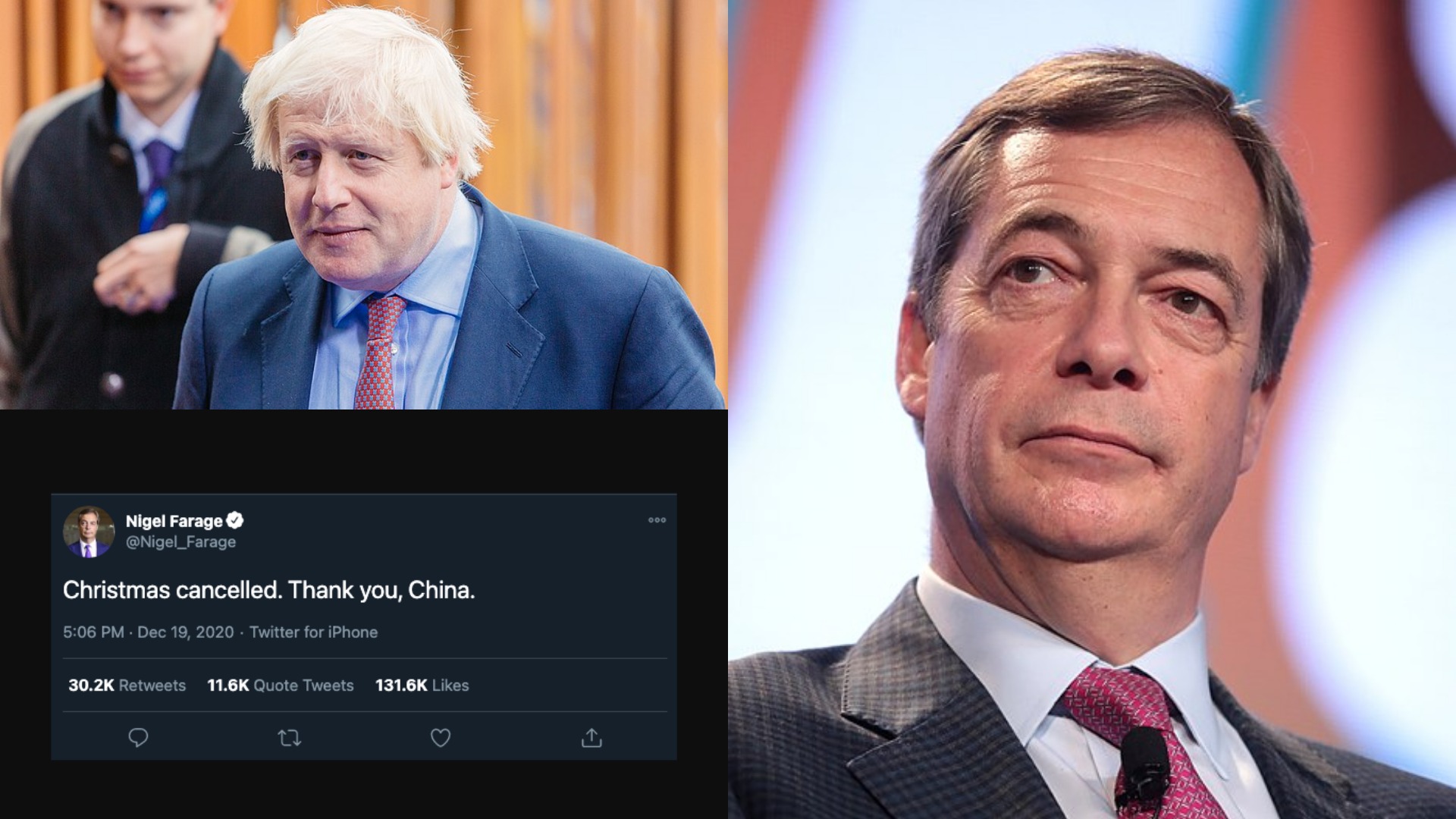 Nigel Farage has blamed China for the UK’s cancelled Christmas.

On Saturday, British Prime Minister Boris Johnson announced that he will be scrapping the UK’s initial plan of allowing the mixing of households over a five-day period covering Christmas.

In late November, Johnson allowed people in the UK to gather in three-household groups of any size and travel around freely from 23 to 27 December.

Last Wednesday, Johnson reiterated that cancelling Christmas would be “inhuman.”

“I think that would be frankly inhuman and against the instincts of many people in this country,” Johnson said on 16 December. “Nor do we want to criminalise plans people may have made for some time.”

Just three days later, Johnson U-turned on his stance and enforced a new tier for London and the South East prohibiting travel and scrapping the five-day period.

Citing a new strain of Coronavirus, Johnson essentially cancelled Christmas for millions in the UK.

In response, Farage took to Twitter to blame China for cancelling the UK’s Christmas.

His tweet was largely met with disapproval and criticism.

“Nigel, I knew you were an opportunistic racist, but I didn’t know you were also an idiot,” one person replied.

“Wear a mask and stop talking shit,” wrote another.

In other news, a British casting call for upcoming play Ching Chong Chinaman has drawn controversy for its “racist” title.